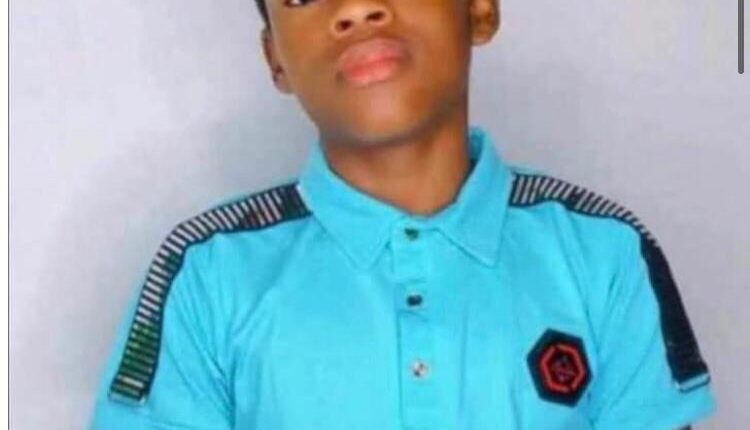 The Ogun state police command has confirmed the kidnap of a 13-year-old boy, identified as Gbolahan Ajibola by gunmen in Obada-Oko, the Ewekoro Local Government axis of the state.

It was gathered that the gunmen were in military uniform, invaded Destiny Estate Community Association in Obada-Oko yesterday night, shot sporadically in the air before whisking the boy away.

Confirming the incident, the Command’s Public Relations Officer DSP, Abimbola Oyeyemi, explained that the incident occurred on Saturday evening when the gunmen numbering about six, laid an ambush on Ajibola’s family as they were returning to their house after attending a programme at the Redeem Christian Church of God (RCCG).

He said, “They were said to be hiding in a nearby bush close to the victim’s house when the gunmen pounced on the family after Ajibola alighted from his mother’s car to open the gate.

“It was alleged that both the victim’s mother, Bisi Ajibola, and the grandmother were mercilessly beaten by the gunmen before they escaped with the boy”.

DSP Oyeyemi, in a statement on Sunday, added that the kidnappers were said to have reached out to the family of the abducted boy demanding 50million naira as ransom.

The command spokesman further stated that men and officers of the command have swung into action in an attempt to rescue the boy unhurt.