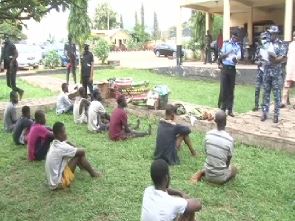 The Ekiti State Police Command has paraded three teenagers and a 27 years old man for allegedly raping a 17-year-old girl and four-year-old girl in Ado-Ekiti, the state capital.

It was gathered the command also  paraded  two other suspects for allegedly impersonating Nigerian Army personnel after they were arrested by team of Special Anti Robbery Squad (SARS) who received hints on how arrested people have been terrorizing communities in the state .

After interrogation, the suspects confessed to have raped victims after a medical examination on the victims showed that they had carnal knowledge of them. 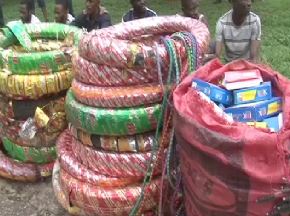 Also arrested by the police command were five people who were apprehended for other sundry allegations in the state.