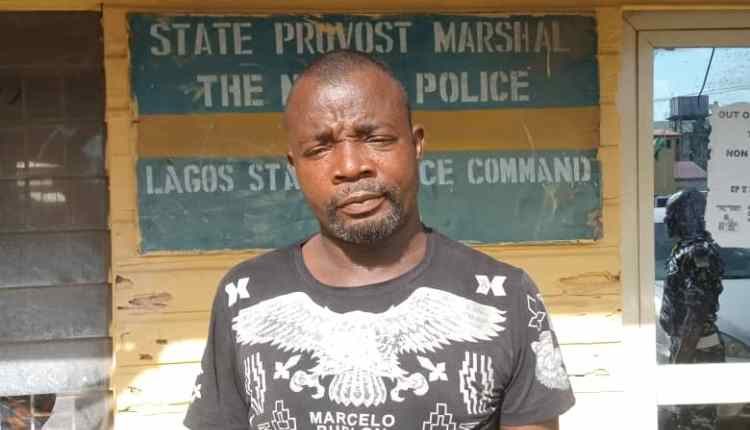 The Lagos State Police Command has disclosed that it had commenced disciplinary procedures against two indicted officers who had been in detention over their alleged involvement in the death of a 17years old girl, Tina Ezekwe, in Bariga axis of Lagos State.

The Guild reports that the two police officers, an Assistant Superintendent of Police, Theophilus Otobo, and another Inspector, Oguntoba Olamigoke, who were attached to Bariga Police Station, were said to had fired stray bullet that killed Tina while manning their security post at  Berger Iyana-Oworo Bus stop end of third mainland bridge during an action that was yet to be determined by the Lagos Police command disciplinary officials.

Meanwhile, an unconfirmed account claimed that the policemen opened fire on a commercial bus that was said to have allegedly violating curfew and that the bullet mistakenly hit Tina.

Aside from Tina, another resident of the community, Musa Yakubu, 35years, was said to have been injured at the point after the law enforcement officers fired the shots last Tuesday, May 26th, at about 22:45 pm.
As gathered, Tina was rushed to hospital by a team of Policemen led by the Divisional Police Officer (DPO) after the bullets from the officers’ riffles pierced through the left upper side of her lap.
While medical officials could save Musa and ensured his stability, Tina was not that lucky and passed on two days after the incident at about 21:29 hours while on admission at one of the medical facilities in the state.
Confirming their detention, Police Public Relations Officer (PPRO) Bala Elkana, in a statement, hinted that the Commissioner of Police, CP Hakeem Odumosu, has ordered an in-depth investigation into the circumstances surrounding the death of Tina and other activities surrounding the officers’ action at the spot.
But, the Police Commissioner, on Monday, said the investigations carried out on the circumstances surrounding the incident revealed that the officers were unprofessional in their conduct that led to the death of Tina.

Odumosu, through a statement released to newsmen by the Police Spokesperson, Bala Elkana, said following the investigations, the Command has commenced disciplinary procedures against the two officers.

He noted that while the ASP has been served an official query, Inspector Oguntola is currently undergoing an orderly room trial at the State Command Provost Office, adding that the suspects would be arranged before a competent court if they are found guilty of the offense.

“In view of the above, the Command has commenced forthwith, internal disciplinary proceedings against the two officers. While the ASP has been served an Official Query in line with the provisions of the Public Service Rules, Inspector Oguntoba Olamigoke is undergoing an Orderly-Room trial (in-house ‘court’ trial) at the State Command Provost Office.

“The ASP will be appearing before the Force Disciplinary Board sitting in Abuja and their recommended punishments will be forwarded to the Police Service Commission for approval.

“Meanwhile, the CP assures that as soon as the internal disciplinary proceedings have been duly exhausted and culpability of the indicted officers established, they will be arraigned in a court of competent jurisdiction for prosecution,” the statement read.