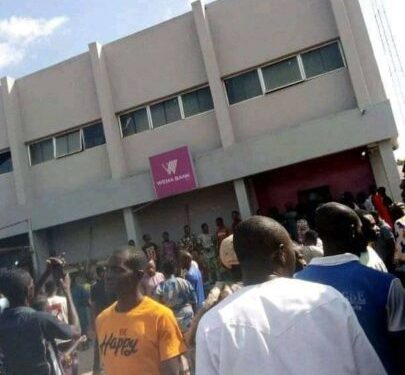 The Nigerian Police has commenced a manhunt for the gunmen that attacked a commercial bank and a police divisional headquarter in Iragbiji, Boripe Local Government Area of Osun State after another injured policeman died, increasing the number of law enforcement officers killed to two.

As gathered, the two policemen that died after the attacks on a Wema Bank branch and a police division in the town were Inspector Ogunbiyi Ahmed and Inspector Odeyemi Ayinla.

It was learnt that the robbers, numbering about 20, came in with about four vehicles and simultaneously attacked Iragbiji Divisional Police Headquarters and a bank.

The Osun Police Command spokesperson, Yemisi Olawoyin, who confirmed the attack on Wednesday, barely 24 hours after, noted that they died following the attacks on the facilities in the town.

“The gunmen invaded the Police Divisional Headquarters and a bank with sporadic shooting and launching of explosive devices in an attempt to disorganize, incapacitate and destabilize the police who were in a fierce gun battle with them while robbing the bank simultaneously,” she said.

“As a result, some parts of Divisional Police Headquarters were damaged. The daredevils also shot at a Police Armoured Personnel Carrier tyres with explosive devices.”

Although they gained entry into the bank by blowing off its security door with a stick of dynamite and subsequently destroyed the ATM machine, however, an attempt to break into the bank’s strong room was foiled.

Upon sighting the policemen, the robbers engaged them in a fierce gun duel and took to a flight, thereby abandoning their unexploded dynamites and two of their vehicles.

Meanwhile, police officers in collaboration with the local security outfits have been combing the bushes in a bid to arrest the robbers, believed to have escaped with multiple injuries.

The Commissioner of Police, Olawale Olokode, also asked residents of the state to cooperate with the law enforcement agencies to r educe crime rate in the state..

He solicited prompt and useful information to nip in the bud all criminal activities by reporting anybody with gunshot wounds.