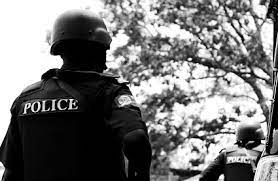 The Nigeria Police has arrested has a single mother identified as Ndidiamaka and two other women suspected for child trafficking and kidnapping in Ebonyi State.

Two of the suspects, Ndidiamaka and a nurse, Chinenye Idam were said to have conspired to sell the newborn baby for N400,000.

Confirming the incident through a statement in released on Tuesday, the Command Public Relations Officer (PPRO), Loveth Odah, stated that the Police, attached to the Izzi Divisional Headquarters of the Command arrested three female suspects for child trafficking.

“The Police also recovered two babies, male and female, of between the ages of three days and two weeks old, respectively. The suspects were arrested on Friday, Dec. 10, 2021, following a report to the Divisional Police Officer by a concerned citizen of the area, who alleged that one of the suspects was seen with two newborn babies suspected to have been stolen. Preliminary investigations revealed that one of the suspects is the biological mother of the male child.

A single mother of five, Ndidiamaka sold her newborn baby to the second suspect Chinenye Idam at the cost of N400, 000. On Wednesday, Dec. 8, Chinenye Idam visited the Maternity home as agreed, paid the hospital bill of N14, 000, and a cash of N400,000 to Ndidiamaka who in turn handed over the baby to her.

Ndidiamaka, mother of the baby went back to the village claiming that her newborn baby died after delivery, but the village head and other family members insisted on knowing the circumstances surrounding the baby’s death.

The suspect now led the village head and other family members to Alex Ekwueme Federal Teaching Hospital Annex, Nwezenyi, where she attended ante-natal before her delivery to seek the assistance of the nurses in tracing the suspect. The suspect is also a staff of Federal Teaching Hospital Abakaliki, which led to the arrest and recovery of the baby.The circumstances surrounding the trafficking of the second baby is still under investigation,” the statement read.

Meanwhile, the Commissioner of Police in Ebonyi, Aliyu Garba was said to have directed that the babies be accorded proper medical care while in government custody.