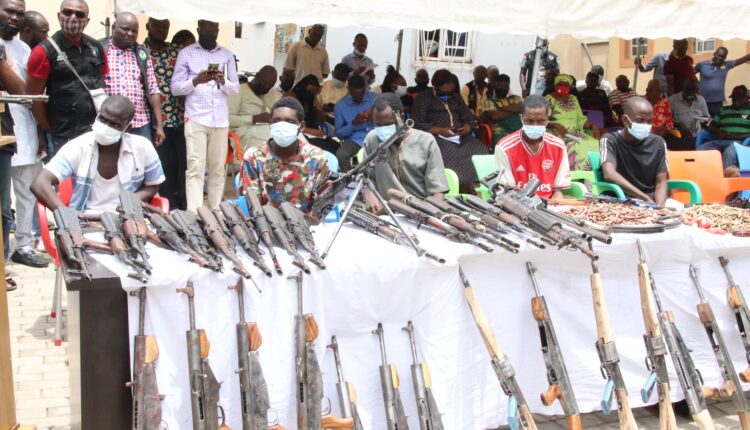 As part of measures to stem tide of insecurity, the Nigerian Police has arrested a Malian transnational gun-runner, Abubakar Mohammed, as well as a seven-man gang that specializes in the manufacturing and supplies of locally fabricated AK-47 rifles and ammunition to bandits in forests and 76 other suspected criminals across the country within last 30 days.

The Malian gun-runner a.k.a Mallam Buzu was said to have been arrested by the Police team in Tsamiya, a border town between Benin Republic and Nigeria, with a GPMG ammunition chain drive with holding capacity of 1,600 rounds of ammunition.

On the seven-man gun manufacturers, the Police said that the gang distributes the ammunition to bandits in forests along the Kaduna-Abuja expressway and Funtua–Kankara expressway in Katisina State. 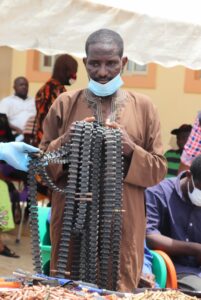