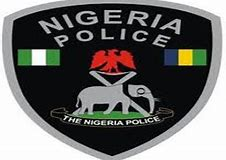 It was gathered through the charge sheet, that said suspects had been tending to their flock in a bush when they noticed the sisters who were on their way home and proceeded to waylay and rape them.

According to statement from one of victims, she lamented that she and her 3 sisters were walking home when the boys rushed at them, shouting and making threats to harm them if they resisted, which they initially tried to, but had to give in after several injuries had been inflicted on their bodies after which their assaulters took turns in raping them.

Sources said that the victims, after escaping from the perpetrators, ran to a nearby village, Luwapam, and raise that spurred the villagers to make the arrest of suspects to keep them from escaping before police arrival.

In confessional statements made by suspects, they admitted to raping the sisters after a joint decision by all four of them saying that they merely needed an outlet for their sexual urges.

“We were sexually charged when we saw the girls, in fact, we couldn’t think of anything else apart from having them and since we had no other choice on what to do, we decided to quickly rape them before they could get away,” Mohammed.

The Prosecutor, Nigerian Police Plateau State Command, Insp. E.A Inegbenoise, who had confirmed the arrest, also explained that the suspects, who were being held at the State Criminal Investigation Division (CID), had already been charged and would soon appear in court.