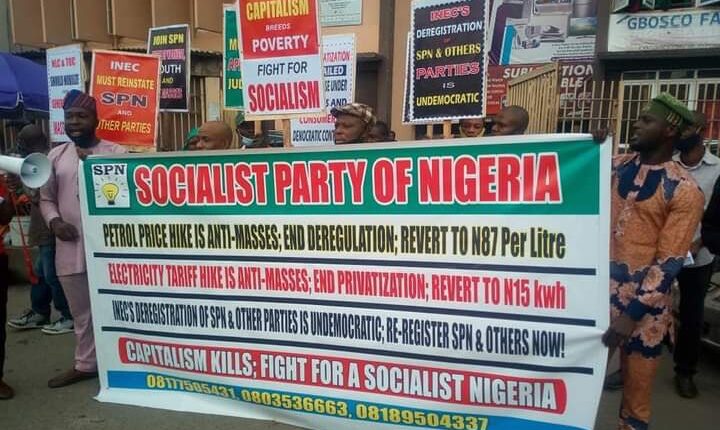 Atleast four journalists and 18 protesters were said to have been detained by the Nigerian Police, Lagos Command during a march against Federal Government decision to increase electricity tariff and pump price of Petrol Motor Spirit (PMS) in the country.

They were said to have been arrested by the law enforcement agency in Ojuelegba axis of the state on Thursday after efforts to persuade them to shelve the march proved abortive.

It was learnt that in an persuade the protesters to back down, an argument ensued between the police and protesters, and the law enforcement agency arrested 22 and placed them under detention.

Macaulay, while demanding for an unconditional release of the protesters arrested, argued that demonstration and protest were means of expression approved globally by the United Nation (UN)

“We condemn this attack as part of the continuous descent of the country into a brutish state of military repression. It is completely unacceptable, and we enjoin all Nigerians interested in preserving this country’s hard-earned democracy to condemn this emboldened descent into a civilian-military dictatorship.

“We demand a public apology from the police for this ridiculous and unprofessional action taking against our comrades, and we ask that proper disciplinary measures be taken on those security officers involved.

“It’s important for you to note that demonstrations and protests are a global phenomenon and are a part of the development of any society.”

When The Guild contacted Police Public Relations Officer (PPRO), for the command, Muyiwa Adejobi, he promised to get back on the issue.