Buhari’s elixir – Everybody must farm to save… 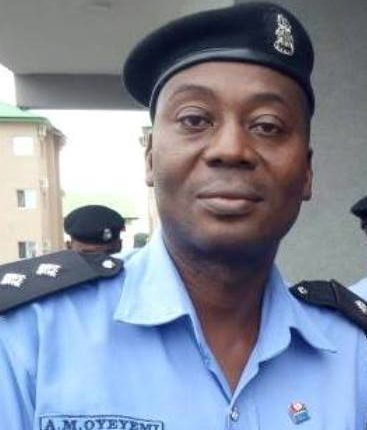 Following incessant robbery attacks in the Oluwo region of Ifo Local Government Area, the Nigerian Police Force, Ogun State Command, has disclosed that its operatives have successfully arrested five alleged robbers during an operation which was carried out in Opeilu community and that it has beefed up security within the state.

It explained that policemen, in tandem with members of a civilian vigilante group, had apprehended the suspects, who are alleged to be part of a notorious gang responsible for several robberies and criminal activities which have been carried out in the region.

The command Public Relations Officer (PPRO), DSP Abimbola Oyeyemi, stated that the five arrested suspects were members of a nine-man gang, four of which had avoided arrest and were still at large.

Oyeyemi, who confirmed the arrest in an interview with The Guild correspondent on Monday, revealed that the suspects had been transferred to the command’s Anti-Cultist Unit at Eleweran, Abeokuta, and that investigation was ongoing with aim to apprehend the four escaped gang members.

He assured the people of Ogun state of the force’s commitment to ensuring safety of their lives and property, and expressed his confidence in the command investigative team’s ability to successfully locate and arrest the escaped suspects.

“I would like to advise all residents of Ogun State, and indeed Nigerians as a whole, to stay away from crime, if you do not, I assure you that the long arm of the law will catch up with you,”

“I urge the people of our state to remain calm, there is no cause for alarm because the men of the Police Force are on top of the situation and we remain committed to ensuring safety of your lives and property”.

Oyeyemi called on persons with valid information on whereabouts of the fled fugitives, saying that intelligence reports would be appreciated by the force, he, however, warned against calling on the police with bogus or exaggerated information.