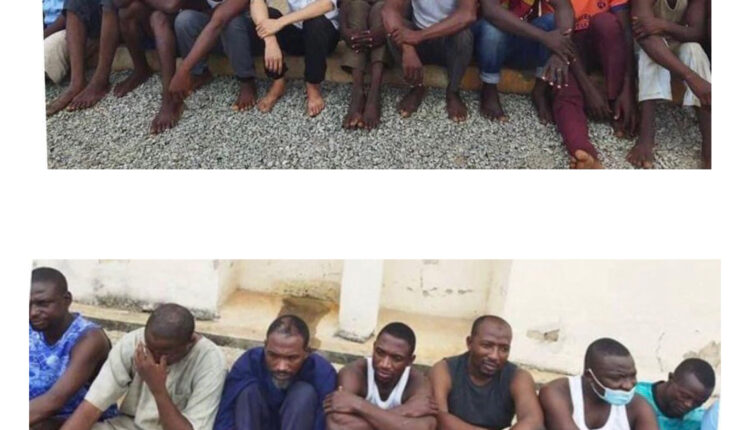 The Nasarawa Police Command has arrested a Chinese national, identified as Marra Thai, a Special Adviser on Infrastructure to the state Governor, Abdullahi Sule, Yusuf Mada, and 16 others over the vandalization of railway tracks and slippers in Lafia and Keana Local Government Areas of the state.

The Commissioner of Police, Bola Longe confirmed this on Thursday, while parading the suspects at Lafia at state police Headquarters.

Longe explained that the suspects had been in the business of buying and selling railway tracks and slippers from other suspected vandals but luck ran out of them when the Police Command got informed of the criminal act and mobilized for their arrest.

According to him,” The Command developed a strategic anti-vandalism template to arrest the tide of this unwholesome scenario.

“It is gratifying to note that this template paid off when police operatives swooped on the vandals at their theatre of operation while vandalizing and carting away railway tracks/slippers along Agyaragu Tofa in Lafia Local Government Area and Angwan Alago of Kadarko district in Keana Local Government Area”, he said.

The Governor’s aide, when interviewed, claimed that he was not aware that the items sold to him were vandalized.

Yusuf said: “I am a businessman and I am into general property. I have an agent that supplies things to me and I believed in him. The agent is dead. He died last month in an accident along Akwanga/Nasarawa Eggon road. It was the first time they brought the railway tracks and slippers to me. After buying, I sold it for  N3.6 million.”

While the Chinese national, lawyer, Nathaniel Oba was alleged to have offered N600k to bribe the investigating team of the Anti-Kidnapping Unit to secure the release of his client after he was arrested.