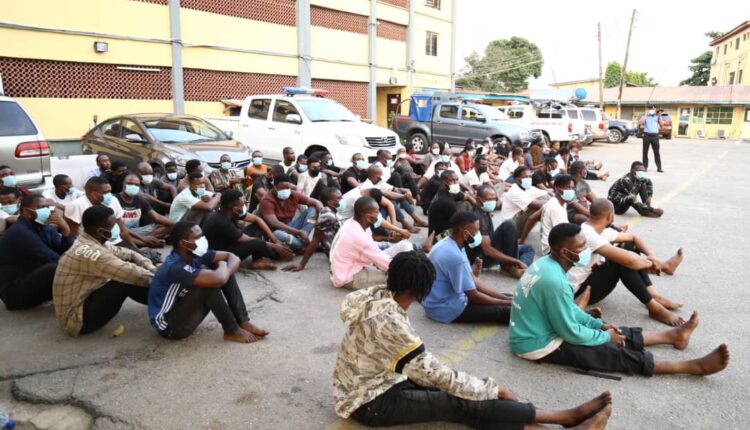 In a bid to curtail community transmission of coronavirus in Lagos State, the Nigerian Police has arrested 71 fun-seekers during a raid of night clubs for contravening the COVID-19 protocols set by Federal and State Governments.

As gathered, the fun-seekers were apprehended at Folix Club, Lekki axis of Eti-Osa Local Government, and Bench Bar in Adeniran Ogunsanya, Surulere Local Government in Lagos.

The law enforcement agency also impounded no fewer than 13 vehicles for driving against traffic and violating the 12 midnight to 4 am curfew imposed by the governments to limit the virus spread across the country.

Through a statement released on Tuesday by Police spokesman, Olumuyiwa Adejobi, explained that the fun-seekers were apprehended at about 3 am while having fun at the night clubs without adherence to coronavirus protocols laid down by the government. 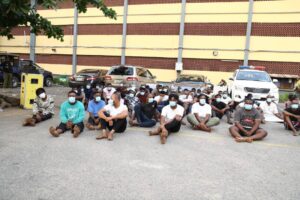 Adejobi added: “In addition, the Taskforce impounded 11 vehicles for violating the 12 midnight to 4 am curfew and two vehicles for driving against the traffic(one-way) on the same date.

“The Commissioner of Police, Lagos State, Hakeem Odumosu has ordered for the immediate trial of the suspects and necessary sanctions for the owners of the impounded vehicles.

“He further directed that officers and men of the command must intensify efforts on total compliance with the COVID-19 guidelines and protocols as rolled out by the Presidential Taskforce and the Lagos State Government”.