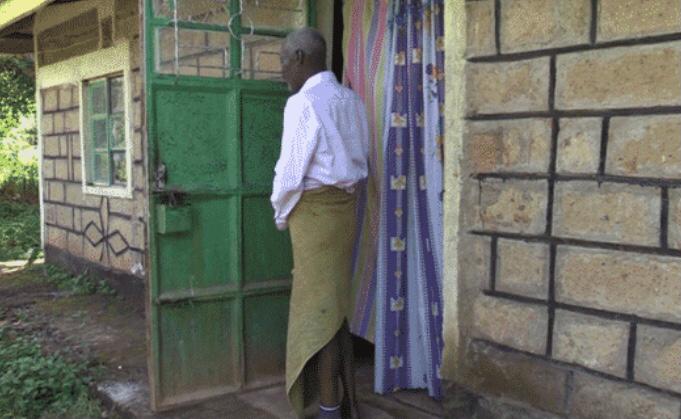 Kenyan Police has arrested a 60-year-old man for allegedly raping a 20-year-old mentally challenged woman in Gituntu, Tharaka Nithi Sub-county on Monday, May 17.

According to eye-witness reports, the victim was seen walking out of the suspect’s homestead crying for help and when asked what had happened, she said that the old man had tricked her into his house and raped her.

It was gathered that the suspect engaged the police officers in a running battle but finally, the officers managed to apprehend and takes him to police custody.

The area Chief, Edward Gitonga, who confirmed the incident said the suspect, who lives alone, was found naked and the innerwear of the girl on his bed. “We found the man wearing only a shirt and an inner-wear believed to belong to the mentally challenged girl on his bed,” the area chief said.

“The administrator said the victim said that the man called her from the road and asked her to help him look for some missing keys inside his house. But once she was inside the house, he allegedly pushed her onto the bed threatening to strangle her in case she screamed.”

According to Gitonga, the suspect was taken to the Mitheru police post, and the victim was also rushed to the hospital for medical attention.