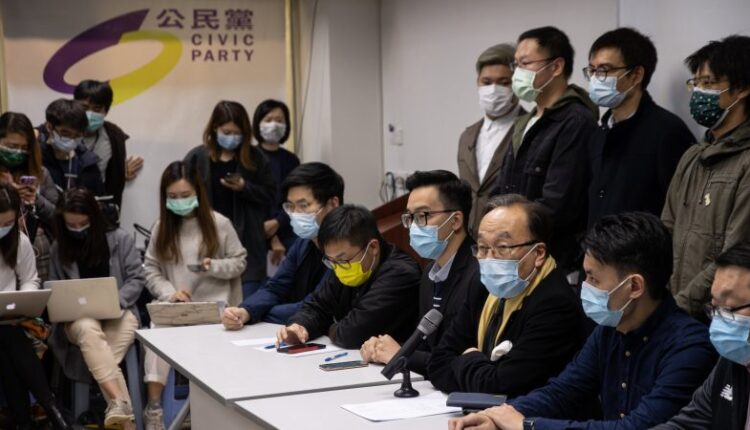 As stated, the crackdown and subsequent arrests was the biggest crackdown since China last year imposed a new security law that opponents claimed was aimed at quashing dissent in the former British colony.

Hong Kong’s most prominent pro-democracy advocates were arrested in raids on 72 premises as the authorities said last year’s unofficial vote to choose opposition candidates in city elections was part of a plan to “overthrow” the government.

The arrests were linked to an unprecedented, independently organized, and non-binding vote to select opposition candidates for a since-postponed legislative election.

About 1,000 police took part in the raids, which included searches of the offices of a pollster and a law firm.

“The Chinese Communist Party has further turned the screw in Hong Kong,” said Chris Patten, the last British governor of Hong Kong. “Liberal democracies around the world must continue to speak out against the brutal destruction of a free society.”

Patten said that the West should get tougher with China and scolded the European Commission for seeking a trade deal with Beijing.

“We should not be seeking to contain China but to constrain the Chinese Communist Party,” Patten said.

Hong Kong Secretary for Security, John Lee, said that those arrested had planned to cause “serious damage” to society and that authorities would not tolerate subversive acts.

“The operation today targets the active elements who are suspected to be involved in the crime of overthrowing or interfering seriously to destroy the Hong Kong government’s legal execution of duties,” Lee told reporters.