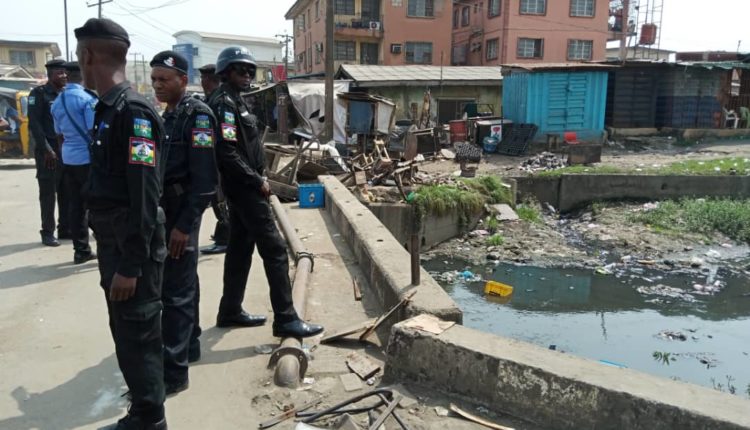 At least 30 persons have been arrested on Monday by the Nigerian Police, Lagos Command in connection with the clash between members of the National Union of Road Transport Workers (NURTW).

A police source told the Guild that over the 30 suspects were arrested by Rapid Response Squad (RRS), police officers from Area C Command and others.

The clash which started at on Sunday night has left atleast two persons dead and scores of residents with different degrees of injuries.

Among those killed during the clash was chairman of a unit in Ijesha, Surulere axis identified as Lukmon Mobil.

As residents continue to panic, a member of NURTW told the Guild that the clash that has unsettled Ijesha axis for several hours is centered on who controls NURTW affairs within Ijesha.

The clash, according to another member of the NURTW, was orchestrated by one of the unit chairman, identified as Olorunlugo whose aim was to overthrow the incumbent Ijesha branch chairman, Waheed Eshinlokun.

He added that the chairman of NURTW caretaker committee for Lagos, Musiliu Akinsanya popularly called MC Oluomo, is backing Olorunlugo to overthrow Eshinlokun.

And for Olorunlugo to achieve his aim, it was gathered that he hired some hoodlums in the community to fight on his side against the Eshinlokun faction.

It was learned that some members of the Road Transport Employment Association of Nigeria (RTEAN), who had allies in NURTW especially within the Eshinlokun faction also engage in the clash.

The RTEAN members that joined the fight had earlier been hinted that the overthrow of the incumbent administration would mark the end of their activities in Ijesha; NURTW aimed to be sole collector of all transport dues.