How to keep fit at home following Lagos gyms closure 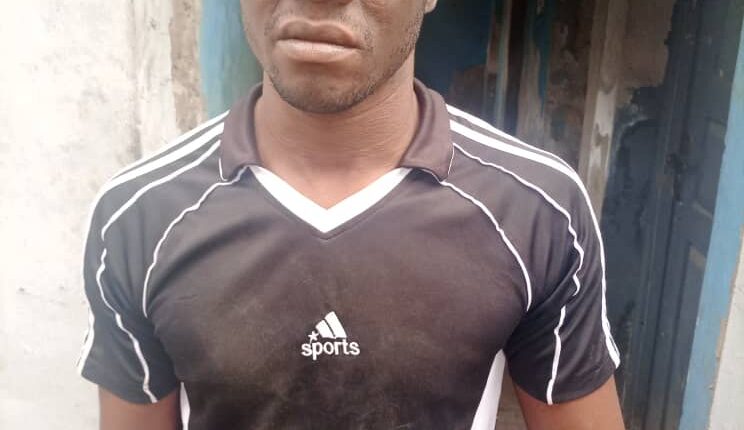 The Nigerian Police has apprehended and detained a 28-year-old suspected gay, Jane Otubo, for allegedly engaging in homosexuality and luring other citizens to engage in an act that was contrary to the country’s constitution.

As gathered, the suspected gay, a foodstuff trader, was arrested after efforts to engage in a homosexual act with a resident of Gwagwalada axis in Abuja, Francis Azeez, at his apartment on 3, Eniola Street, Mafoluku, Oshodi failed and his neighbours were alerted.

It was learnt that Otubo, an indigene of Enugu State, had lured Azeez to Lagos with promises to finance his business but on the Abuja businessman arrival to his apartment, the suspect began to make frantic attempts to have unlawful canal knowledge of the invitee who had spent a week with him.

Azeez, realising that the suspected homosexual was not ready to back down after rejecting all advances, was about escaping to Abuja when he was allegedly assaulted severally by Otubo, who insisted that his guest cannot leave without fulfilling his wishes.

Confirming the detention, the Police spokesman for Lagos Command, Olumuyiwa Adejobi, on Friday, disclosed that the altercation between them attracted neighbours who eventually informed the law enforcement officers.

Adejobi added that after the arrest of Otubo, the landlord of the suspect, popularly called Alfa, corroborated Azeez the allegation leveled against the suspect under detention.

The spokesman, in a statement made available to newsmen, stated that the law enforcement officers discovered that the suspect had been indulging in the infamous act of which the landlord had mediated severally between him and other previous victims.