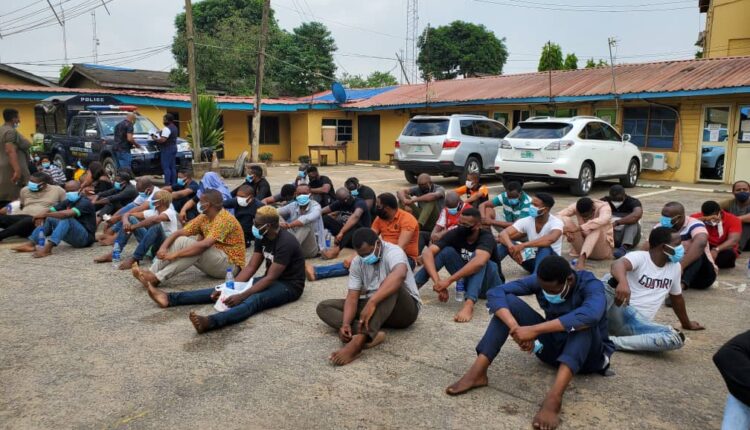 No fewer than 243 clubbers have been apprehended by the Nigerian Police, Lagos Command, for contravening the coronavirus protocols set by the Federal and state government to flatten the curve in the country.

The Lagos State Government, meanwhile, has sealed Lounge38 and Club Victoria in Surulere and Victoria Island where the clubbers were found to be violating laws in the state.

As gathered, the state COVID-19 enforcement team which includes Lagos Safety Commission officials was led by Commissioner of Police, Lagos Command, Hakeem Odumosu, patrolling the state on Saturday morning to enforce the law.

It was learnt that the team visited the night clubs at about 1 am and found the fun-seekers violating the approved number for public gathering by the government.

On the vehicles, The Guild gathered that some were impounded on the highways across the state violating the 12 to 4 am curfew imposed by the apex government to curb community transmission of the virus.

While parading the suspects at Command headquarters in Ikeja, Odumosu said that 243 COVID-19 violators were arrested and were being paraded for ignoring the government directives.

Of the 243 suspects, he added, 85 were impounded at Lounge 38 in Bode Thomas, Surulere Local Government and 152 nabbed at Club Victoria in Victoria Island while six persons were arrested for violating the Federal Government imposed 12 midnight to 4am curfew in the state. 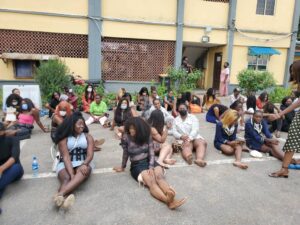 Odumosu noted that the flagrant disregard for the protocols has become worrisome due to the consequences of such attitudes on health status and the spread of the rampaging pandemic within Lagos.

The police boss assured Nigerians that the command would not relent in ensuring that there was total compliance with covid-19 orders with a view to reducing and halting the spread of the pandemic, saying, this is why we embarked on night and morning patrol across the state.

“And on Friday, 8th January, 2021, during a night operation, that was coordinated and commanded by the Commissioner of Police, Lagos State, the Command pounced on some deviant night clubs where two hundred and thirty-seven (237) violators were arrested. The clubs raided included Lounge 38, Bode Thomas Surulere (85 were 85 suspects), and Club Victoria’s, VI, (152 suspects) while six (6) were arrested for violating the Federal Government imposed 12 midnight to 4 am curfew in the state”, he added.

While reiterating commitment of the law enforcement officers to total COVID-19 enforcement in Lagos, Odumosu stated that the officers would continuously go after and arrest any violators irrespective of their status in the state.

“The position of the law is clear on the protocols being put in place to halt the spread of the pandemic and safety of all Lagosians in general. The suspects arrested so far by the command have been charged to court and this set, arrested overnight, will be arraigned with immediate effect.

“The club owners are hereby strictly warned to comply with the State Government’s directive of immediate and total closure of clubs as they will not only be prosecuted but may have to recommend to the State Government the stringent punishment of confiscation of the C of O of the club as it has been observed that most of the clubhouses were not initially built and approved to be used as club houses by Lagos State Government”. 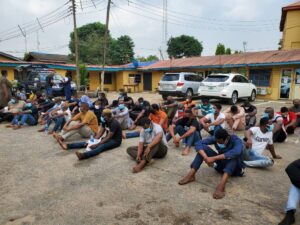 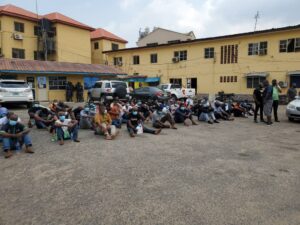 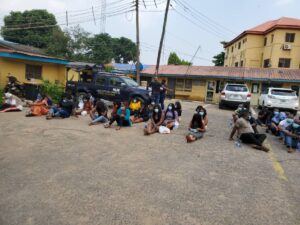 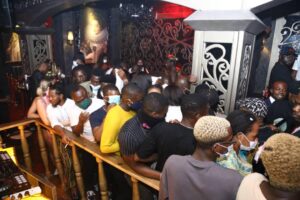 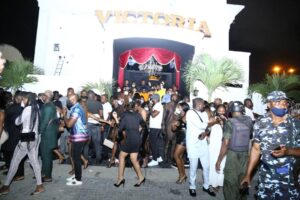