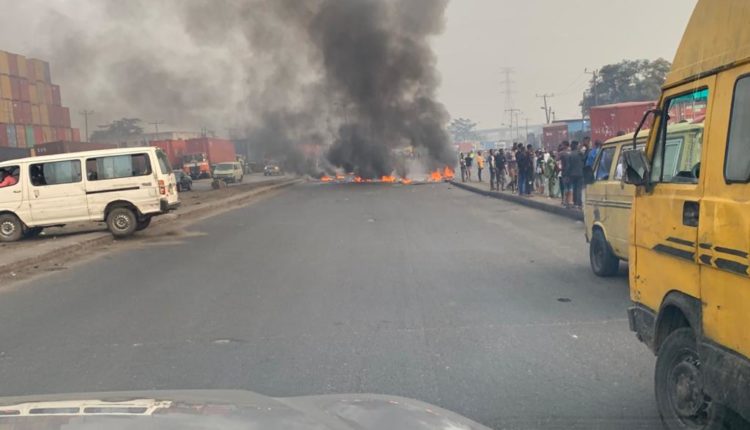 The clash started minutes after Police instructed the Okada and Keke Napep operators who had blocked major roads on Monday in Ijora Oloye, Amusu, Ijora 7up, Ijora under Bridge, Sifa junction and Gaskiya garage to remove burnfire set up after the blockage.

Confirming the arrest, Police Public Relation Officer (PPRO), Bala Elkana, argued that the riders, who were accompanied by some hoodlums, caused major obstructions on the roads, setting up burnfires, looting and stealing from unsuspecting road users.

“Police Officers from Ijora Badia, Area B Command and Special Strike Force on Social Miscreants were promptly deployed to the scenes. I can assure you that the situation has been brought under control.

“The obstructions were cleared for a free flow of traffic. No life was lost. But 20 suspects were arrested. We have commenced investigation to arrest others while those already arrested will be charged to Court”.