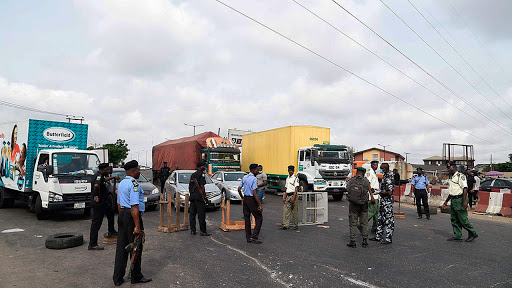 No fewer than 179 persons and 43 commercials vehicles have been arrested and impounded respectively by the operatives of Lagos State Police Command for flouting Federal and state governments ban on inter-state travels across the country.

It said the arrest was effected and vehicles impounded after a thorough investigation which revealed that the commuters deliberately violated the interstates non-essential travel restrictions emplaced by the governments.

The State’s Commissioner of Police, CP Hakeem Odumosu, explained that the violators were arrested on 28, 29 June 2020 (Sunday, Monday)  in various interstate checkpoints and motor parks across the state.

Odumosu, through a statement released to newsmen on Monday by the Command’s Police Public Relations Officer, DSP Bala Elkana, revealed that among those arrested are 43 commercial bus drivers conveying the arrested passengers to Abuja, Kogi, Abia, among others.

The police boss added that the suspects were arraigned in Lagos State Special Offences (Mobile) Court and were sentenced accordingly.