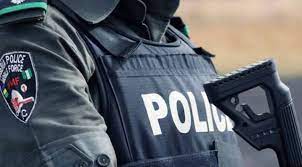 Ogbonna was said to have been charged with Criminal Conspiracy, Kidnapping, Rape and Culpable Homicide which is punishable under sections 97, 284 and 222 of the Penal Code Laws of Benue, 2004 and 3(2) of the Abduction, Hostage Taking, Kidnapping, Secret Cult and Similar Activities Prohibition Law of Benue, 2017.

While narrating the incident that led to the death of the victim, the prosecutor, Godwin Ato, said that the older brother of the deceased, Kester Nnadi of Behind All Saints Anglican Church, Yaikyor, Makurdi had reported the matter to the ‘C’ Division Police Station, Makurdi on Oct. 20.

Ato said that Nnadi had reported that he discovered the body of his younger sister in a bush at Federal Housing Estate in North-Bank area of Makurdi.

The complainant stated that Joy, who was 24 years old and sold cloths online was called by the defendant on Oct. 19, to supply him turtle neck T-shirts.

He said when Joy got to the address, the defendant conspired with others now at large, raped and killed her and abandoned her body in a nearby bush at Federal Housing Estate in North-Bank.

The prosecutor said that the defendant was arrested for committing the crime during police investigation while others are still at large.

After listening to the prosecutor, the presiding Chief Magistrate, Mr Vincent Kor, was said not to have taken the plea of the defendant for lack of jurisdiction of the court.

Kor ordered that the defendant be remanded at the Correctional Services Centre, Makurdi and adjourned the case to Jan. 31, 2022 for continuation of trial.