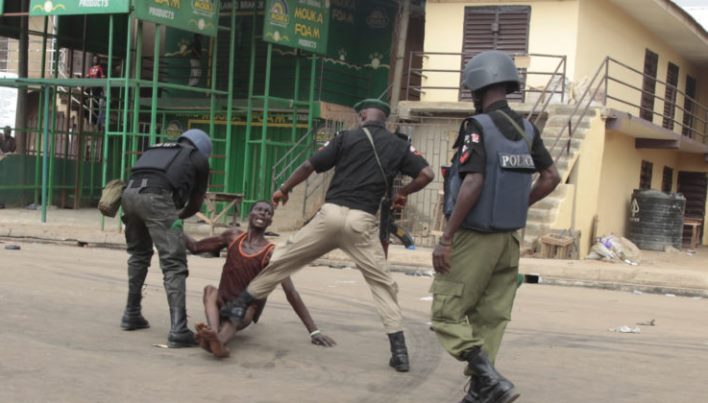 The Nigeria Police Force (NPF), Nigerian Army (NA) and other arms-bearing security agencies officers and new recruits have been mandated by the Federal Government to henceforth undergo psychiatric evaluations and drug tests to ascertain their mental health and fitness to carryout their primary assignments of protecting lives and property of Nigerians.

As stated, the officers would undergo psychiatric evaluations and drug tests before enlistment and periodically after enlistment to ensure that the personnel are psychologically fit to carry live weapons and to identify behavioural tendencies that may require psycho-social interventions.

The apex government explained that the move was part of measures to avoid violent demonstrations across Nigeria, particularly repetition of protests against brutality, harassments, extortion and extra-judicial killings allegedly perpetrated by disbanded unit of the Nigeria Police Force (NPF), Special Anti-Robbery Squad (SARS) that snowballed into arson, looting, and killings in 2020.

The Minister of Information and Culture, Lai Mohammed, who said that the move were part of measures recommended by National Executive Council (NEC) as part of interventions to curb violent protest across Nigeria, disclosed that aside from psychiatric evaluations, personnel of the agencies have also been mandated to dutifully observe rules of engagement in the discharge of their functions, duties around and within the civilian populace.

Mohammed who made this know on Wednesday while briefing journalists in Abuja to mark what he described as first anniversary of the phantom massacre at Lekki Toll Gate, said that the NEC also direct sustain improved funding and budgetary allocation to the Nigeria Police Force and other securities agencies, and strengthen police accountability through the Police Service Commission.

Others, the minister said, was that the government undertake a comprehensive assessment of all police stations across the country with a view to ensuring that they are fit for purpose, adding that the force and other security agencies must deploy cutting-edge technology in the fight against crimes.

He said, “Nigeria Police Force to, in line with the mandatory training provisions of the Police Act 2020, prioritize training of Police Officers on procedures for the entrenchment of Human Rights Provisions guaranteed by the Constitution and on the professional handling of weapons.

“The system established within the Nigeria Police Force for receipt and handling of complaints or petitions is strengthened, and all police officers on duty should be in police-approved uniform with their full names and force numbers boldly written for easy identification.”