JUST IN: Senators turn down Buhari’s request for…

JUST IN: BBNaija housemate, Rico Swavey, passes on after… 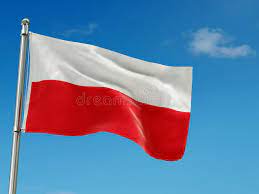 The Poland Government has freezer the assets of 50 companies owned by Russian citizens after their government invaded Ukrainian territory, killing dozens of people and destroying property worth several billions of United State dollars.

Aside from freezing the firms and individuals assets, the Polish government has further place a ban on importation of coal from Russia, in other to force the government towards leaving Ukrainians territory.

Some of the companies affected by the Polish authorities directives to increase pressure Russia were: Gazprom Gazprom (GAZP), Chemicals and Fertilizer Manufacturer Akron(AKRN), the Coal Trading Companies SUEK Polska and KTK Polska.

Gazprom which also has a minority stake in EuRoPol Gaz, an entity that owns the Polish section of the Yamal pipeline that carries Russian gas to Europe, include billionaire Mikhail Fridman, co-founder and largest shareholder of Alfa Bank; aluminum tycoon, Oleg Deripaska; and Eugene Kaspersky, founder of Russian cybersecurity company Kaspersky.

The Polish Interior minister, Mariusz Kaminski, who confirmed the development, hinted that the list could still be widened to other Russian firms across the country.

Before the sanctions, Poland had consistently argued for tougher sanctions against Russia, and has previously warned it would  stop importation of Russian coal by May and stop using Russian oil by the end of 2022.

It however describes its actions in Ukraine as a special operation to protect Ukraine from fascists, while Ukraine on the other hand said that it is a false pretext for an unprovoked war of aggression by Russian President, Vladimir Putin.

Three Chinese, one other die during bus explosion in Pakistan