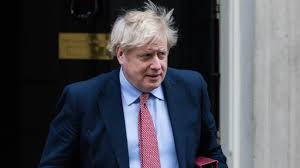 The British Prime Minister, Boris Johnson, has extended nationwide lockdown in the United Kingdom despite the country recording reduced numbers of coronavirus incidence cases, as well as a low rate of hospitalizations due to the global pandemic.

He said that though the nation had reached peak of the viral infection and may seem to have flattened the curve, the period remained critical in ensuring that a renewed outbreak of the coronavirus could be avoided.

Johnson, who had recently returned to office after recovery from the deadly COVID-19 infection, stated that the UK was at risk of recording a renewed spike in disease rates if the lockdown was eased and that the new wave would overwhelm the nation’s health care system if adequate measures were not continued.

The prime minister, through a televised broadcast on Monday, said that though the country would take economic losses due to the extended lockdown period, it was expedient to focus on consolidating on healthcare successes and taking control over the deadly global pandemic.

He acknowledged that the British people had made economic sacrifices, as well as relinquishing freedom during course of the lockdown, but that the extension had become necessary as the UK could not take another wave of the deadly viral infection.

“I wish to get this country going as soon as I can, but I refuse to throw away all the efforts and sacrifices of the British people and to risk a second major outbreak and huge loss of lives and the overwhelming of the NHS,”

“I ask you to contain your impatience because I believe we are coming now to the end of the first phase. and in spite of all the suffering, we have clearly succeeded. We defied so many predictions, we did not run out of ventilators and we have so far, as a country, shielded our NHS so that our incredible doctors and nurses and healthcare staff have been able to shield all of us from an outbreak that would have been far worse. And we collectively flattened the peak”.

Johnson urged Britons to continue compliance with the lockdown directives and gave assurances that measures for lifting of the restrictions would be put in place as soon as the threat of a second coronavirus phase had been nullified.

“So when we are sure that this first phase is over and we are meeting our goals: deaths falling, NHS protected, rate of infection down, really sorting out of challenges, testing and avoiding a second peak; then that will be the time to move on to a second phase in which we continue to suppress the disease and keep the reproduction rate (the R-rate) down, but begin gradually to remove economic and social restrictions, to fire up the engines of this vast UK economy”.

He urged the people to be patient with his administration in its fight against coronavirus and expressed optimism that private sector businesses in the country, as well as the economy in general, would regain firm footing once the pandemic was over.