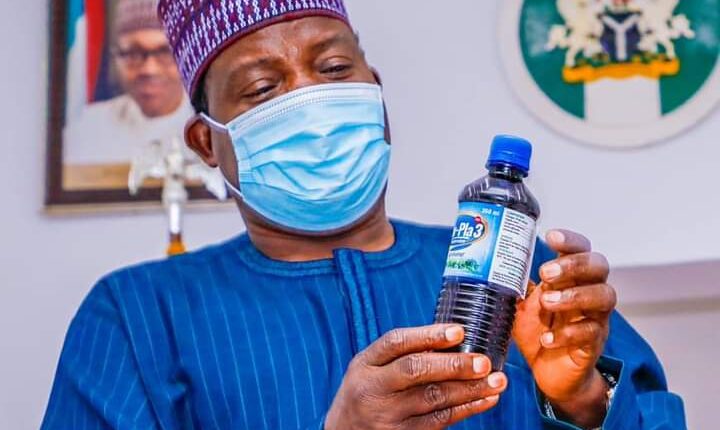 As part of the measure to cure Nigerians that contracted coronavirus, Plateau State Government has unveiled three vaccines that will undergo a clinical trial in the country.

The three vaccines,  COPLA I, II, and III, were produced by a COVID-19 medical research team established by the Plateau state governor, Simon Lalong, to find a cure for the virus that had prevented residents from engaging in their normal activities.

At the unveiling ceremony held at the Government House Rayfield Jos on Saturday, Lalong commended the research team led by Prof. Noel Wannang, for their level of achievements so far and for embarking on the research to ensure that Nigerians especially Plateau indigenes get a cure for the virus that had crippled the world economy.

The governor assured the research team of reaching out to relevant government and private sector organisations for further funding of the research.

He reiterated that the state government would continuously pay attention to research and innovation to discover talents that could provide solutions to challenges confronting humanity in various ways.

Earlier, Wannang said the team had concluded the first phase of the work on the vaccine which is its pre-clinical stage with tremendous success.

The team leader, in a statement by Director of Press and Public Affairs to the Governor, Dr. Makut Macham, said the next stage was the clinical stage where the samples would be tested on human beings for further processing.

Wannang disclosed that research papers for the remedies have already been published in national and international medical journals to educate other medical experts on achievements recorded.

According to him, the team has patented the products under the name COPLA I, II and III, and has equally submitted them to regulatory agencies for further scrutiny and evaluation.

He said in the cause of its work, the team followed all global standards and protocols for the research which were believed went well and if followed to the conclusion, would not only generate value to the State but also create economic opportunities.