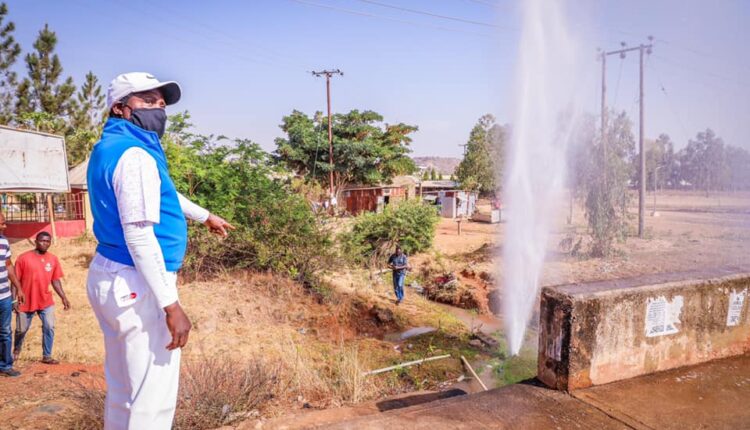 Following destructions of public facilities, the Plateau State Government has concluded plans to arrest and prosecute water pipeline vandals, to end the spate of vandalism across the state.

Aside from the arrest and prosecution of vandals, the government said that those found guilty would also be made to pay for the facility destroyed in the state.

The State Governor, Simon Lalong, who announced the plans on Saturday after stopping by at a public that was vandalised by some of the residents on Rayfield -Bukuru road, stated that the act would end the act across the state.

Lalong, warned the vandals of public facilities to desist, saying, those who are engaged in such acts will be fished out and punished.

The Governor, who expressed anger over the waste of water due to the activities of persons cutting corners to tap from public water supply lines, said such action was not only selfish and criminal, but capable of denying many citizens portable water.

According to him, the Commissioner of water resources and General Manager of the Water Board have been directed to immediately investigate those behind the pipe breach and ensure that they bear the cost of the repairs in addition to facing prosecution.

He urged citizens to support the government by looking after the facilities within their domains and also report any act of vandalism to security agencies and relevant government agencies.

Police turns away bandits after rescuing 11 abductees in Zamfara