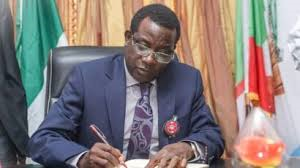 The Governor of Plateau State, Simon Lalong, has approved acres of land to the Nigerian Army for construction housing estate for serving and retired officers in the state.

Each allocated layout, which would come with Certificates of Occupancy (C of O), would be under a self-paying agreement between government and recipients so as to facilitate easy assimilation of Nigerian Army officers into society.

The initiative was created to assist growing numbers of retiring officers and men who had relocated to the state own permanent places of abode that were controlled and easy to pay off.

The Commissioner of Lands, Survey and Town Planning, Yakubu Dati, during his visit on Sunday to the General Officer Commanding (GOC) of Nigerian Army, 3rd Armoured Division, Maj.-Gen. Nuhu Angbazo, said that the move was in appreciation of dedication and patriotism of soldiers especially towards Plateau State in securing lives and properties.

“We appreciate the great and selfless work done by men of the Nigerian Army who go above and beyond in the service of this land. The land allocation program is to show that we in Plateau State believe that we are one Nigeria. We believe that any soldier who chooses to live amongst us should be made welcome.

“The Army Settlement layouts have been properly authenticated with Certificate of Occupancy available for all land units. This is our way of saying thank you, and accepting the men formally into our society”.

In his response, Angbazo had commended government and people of the state for being good hosts to the division. He  had reiterated that the Armed Forces would continue to deliver on their mandate and fulfill their duties according to the law.