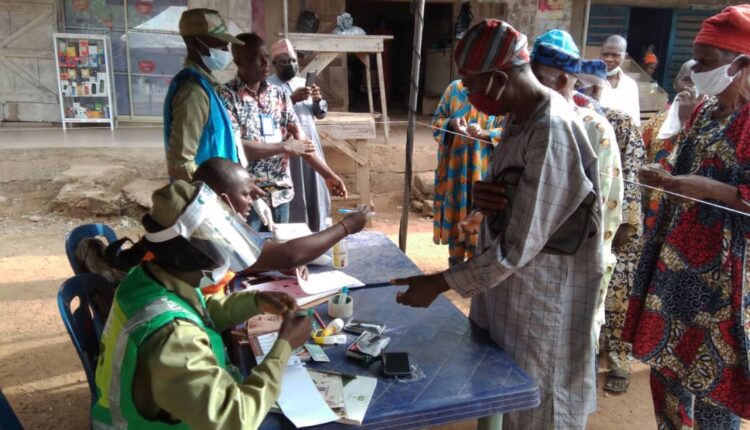 Ahead of 2023 general elections, the Independent National Electoral Commission (INEC) has created 2,358 additional polling units out of existing voting points in Plateau State in ensuring all eligible Nigerians are allowed to vote and be voted for across the state.

Before creation of the additional polling units, the state had 2, 631 polling units spread across the 17 Local Governments Areas (LGAs) that could not effectively catered for residents in the state during voting exercise.

According to him, at the end of the field exercise across the 17 LGAs, a total of 2,358 voting points which satisfied the threshold requirements will be converted to autonomous polling units.

“When the converted voting points are approved by the commission, it will increase the existing 2,631 polling units to a total of 4,989 polling units in the state. This is to avail voters better access to polling units and serve previously unserved/poorly served areas,” Pai said yesterday during his speech at the stakeholders meeting in the state.

He said that the conversion of the voting points to polling units was subject to approval by the national headquarters of INEC.

He explained that the creation became imperative as the existing polling units created in 1996 by the defunct National Electoral Commission (NECON) were no longer adequate due to increase in population of the state.

Pai said that the objective of the exercise was basically to, among other benefits, expand voter access to polling units.

“As much as possible, the location of polling units shall be in accordance with the detailed guidelines issued by the commission. They shall be accessible and in spacious facilities such as schools, town halls, health centres, court premises and recreational centres. The location shall be central in non-sectarian and adequately sheltered public places.

“Under no circumstance shall polling units be located in facilities that are in dispute, private compounds, royal palaces, residences of government officials, political party buildings or religious worship centres. Moreover, any building into which a voter may be denied access will not be considered,” he said

Pai said that the National Commissioner in charge of North Central, Muhammed Haruna, led the verification team comprising of technical staff from the headquarters, the REC and other staff to conduct the verification which lasted from April 21 to April 29.

He, however, appealed for understanding as the exercise may not have completely met all demands or requests for polling units in the state.

Meanwhile, the state Commissioner of Police, Edward Egbuka, appealed to Nigerians, particularly politicians to support INEC to be truly independent.

Egbuka, represented by ACP Aliyu Ishaq appealed to the commission to quickly approve the new polling units to enable police and other security agencies make adequate security arrangements for the 2023 election.

Eight schoolgirls, 50 others die during bomb blast in Afghanistan