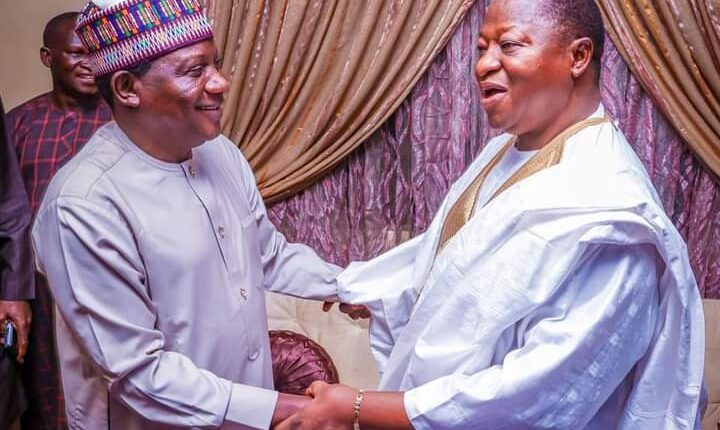 The Plateau State’s former governor, Joshua Dariye, has disclosed that the four years spent within the Kuje Correctional centre in Federal Capital Territory (FCT) Abuja before regaining freedom, remain a difficult moment in his life.

Dariye said that it took God’s intervention for him to survive the years he spent behind bars before regaining freedom from the correctional centre in Abuja.

He narrated his ordeal on Friday when the Plateau State Governor, Simon Lalong, led a top delegation from the State to visit him in the country’s capital, Abuja, to rejoice with him over their release from prison after being granted a pardon by the President Muhammadu Buhari.

The former governor’s name was included in the over 100 prisoners that were granted a presidential pardon while serving different jail terms in different correctional centres across the country.

According to him, it is a difficult moment for me but God saw me through and made me survive and leave the facility in good health, I am grateful to God.

The former governor, meanwhile, debunked the rumour that he was running for Senate describing it as unfounded and untrue as he has not bought form or done anything to that effect.

He advised politicians in Plateau to unite and rally around the Governor in promoting the interest of the citizens saying governance is an opportunity for those in charge to do their best and leave posterity to judge their efforts as no one can finish the business of Government in a day. 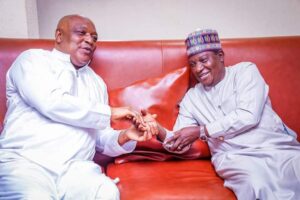 Earlier, Lalong, alongside his wife, Regina, and other members of his entourage, appreciate God for the former governor’s release and encourage Dariye and his family to accept what happened and see the release as a time to rejoice and praise God.

Lalong, in a statement released by the Director of Press and Public Affairs, Dr. Simon Macham, told Dariye that the entire State received the news of his release with joy because they have been praying for him since his travails and incarceration happened.

He said so much prayer and appeal was made towards the pardon granted to him and thankfully, the President was magnanimous to accept granting the pardon.

The Governor while appreciating the President for giving Dariye another opportunity said this is the time for the ex-governor to reflect and forgive people that may have offended him as has been his practice during previous challenges.

He prayed to God to continue to give him sound health even as he advise the State while making available his vast knowledge for the good of the people.

Lalong also led the delegation to visit Taraba State ex-governor, Jolly Nyame, who also expressed deep appreciation for the role that the Plateau governor played in his pardon and release.

Nyame said he was highly encouraged by the love and care shown towards him and Dariye, saying the experience of the past will be put behind so that they forge forward.

Lalong while congratulating him on his freedom said the entire people of Taraba and Plateau States are excited about their release because they share historical ties that have bonded them together over many years.

While urging Nyame to also forgive anyone that might have offended him in the course of his ordeal, Lalong said the act of forgiveness brings total healing and freedom.

It would be recalled that the High Court of the Federal Capital Territory, Gudu, Abuja, in 2018 sentenced Dariye to 14 years imprisonment on the charges of criminal breach of trust and misappropriation of funds N1.6 billion while he was the Governor of Plateau state.

And five months after, the Court of Appeal sitting in Abuja preceded over by Justice Stephen Adah reduced the 14-year sentence against Dariye to 10 years after the terms with two years were reduced to one year each and they run concurrently.