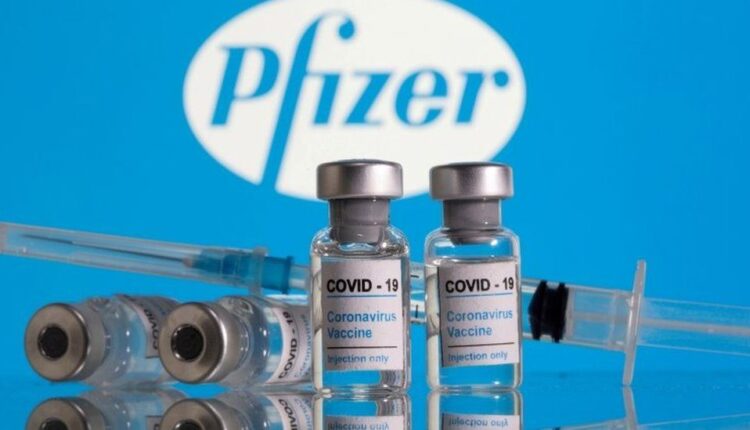 Pfizer and BioNTech has approved the company’s coronavirus vaccine for children, saying that trial results showed their jab was safe and produced a robust immune response in children aged five to 11, adding that they would seek regulatory approval shortly.

It explained that with the trial results, the vaccine would be administered at a lower dosage than for people over 12-years old in line with measures to curb transmission among children and younger generation.

The company also disclosed that it would be submitting their data to regulatory bodies in the European Union, the United States and around the world “as soon as possible” for official approval.

“In participants five to 11 years of age, the vaccine was safe, well tolerated and showed robust neutralising antibody responses,” US giant Pfizer and its German partner said in a joint statement on Monday.

Meanwhile, the trial results are the first of their kind for children under 12, with a Moderna trial for six-11 year olds still ongoing. Both the Pfizer and Moderna jabs are already being administered to adolescents over 12 and adults in countries around the globe.

Although children are considered less at risk of severe Covid, there are concerns that the highly contagious Delta variant could lead to more serious cases. Innoculating children was also seen as key to keeping schools open and helping end the pandemic.

“We are eager to extend the protection afforded by the vaccine to this younger population,” said Pfizer CEO Albert Bourla, noting that “since July, paediatric cases of COVID-19 have risen by about 240 percent in the US”.

Kids in the 5-11 age trial group received a two-dose regimen of 10 microgrammes in the trial, compared with 30 microgrammes for older age groups, the companies said. The shots were given 21 days apart.

The 10 microgramme dose was “carefully selected as the preferred dose for safety, tolerability and immunogenicity” for that age group, the statement said. The side effects were “generally comparable to those observed in participants 16 to 25 years of age”, it added.

Among the most commonly reported side effects in the past have been pain and swelling at the injection site as well as headache, chills and fever.

Israel has already given special authorisation to vaccinate children aged 5-11 who are “at significant risk of serious illness or death” from Covid, using the Pfizer jab at the lower dosage.

Pfizer and BioNTech are also trialling their vaccine on infants aged six months to two years, and on children aged two to five. The topline results for those trials are expected “as soon as” the fourth quarter of this year, the companies said.

All together, up to 4,500 children aged six months to 11 years have enrolled in the Pfizer-BioNTech trials in the US, Finland, Poland and Spain.

Like its Moderna rival, the Pfizer jab was based on novel mRNA technology that delivers genetic instructions to cells to build the coronavirus spike protein, in order to evoke antibodies when bodies encounter the real virus.