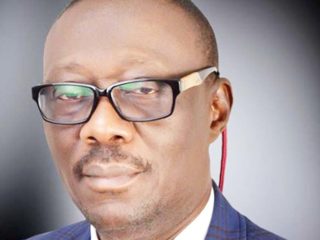 The Petroleum Products Retail Outlets Owners Association of Nigeria (PETROAN) Monday drew attention of the Federal Government (FG) to rising rates its members were getting petrol products at the depots, saying the situation may lead to nationwide scarcity if not resolved by the authorities.

The National President of the association, Dr. Billy Gillis-Harry, said the body cannot unilaterally increase fuel prices contrary to reports that its members had pegged the pump price at N178, explained that the current situation was not sustainable.

The body urged the buying public and FG to note that it was now getting the product at between N158-N160, stressing that it cannot continue to sell at N162.

Earlier, there were reports that the association had increased fuel prices and had directed its members to comply appropriately, having duly informed FG of the decision.

But Gillis-Harry, who said the organisation had no such powers, however stated that if the problem was not resolved soon, there will be product shortages as there will be no capital to restock.

He said: “What we have done is to bring the condition of the business to the knowledge of both consumers and government that the retail outlets have been having very strenuous price pressure because we are buying products at depots at N156 to N159 and even N160, so we can’t sustain selling new products.

“We have not said we are changing our prices, what we said is that the buying public should understand that with the current reality , deregulation should be the focus of what we want to do, so that the price of petroleum products can be defined by the forces of demand and supply. This is not anybody sitting down to give any price.

“We do not have the locus to increase unilaterally. There is no time that any of us can increase price. We are only bringing to the attention of the consumer and the authorities. But the reality is that we are not too far. By the end of this week all old stocks will be depleted.

“If old stock is depleted and the depots are insisting that we should buy at that price, there’s no way anybody can sell at N162. Simple logistics from the depots to the filling stations will take over N4 and then thereafter you start incurring expenses in dispensing, running fuel etc.

“So, there’s no way even the N12 to N14 margin can even keep the business afloat. So, what we pleaded is that all retail outlets should have a human face and be sympathetic. When the situation comes we should be able to do what we should do.”

The PETROAN national president also called on the federal government to give its members the go-ahead to import products since the market has been deregulated, noting that the body is ready to source its own foreign exchange.

He urged the government to act and avert the imminent nationwide fuel scarcity by wading into the crisis and ensuring that depot owners sell at the going market rates, rather than the current increased prices.