Petroleum Industry Bill will be passed before May, 2020- Petroleum Min. 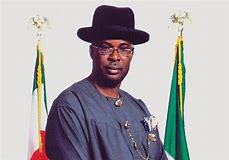 The Minister of State for Petroleum Resources, Timipre Sylva, has expressed his confidence and optimism that Petroleum Industry Bill (PIB) which has been pending before the National Assembly would be passed before May, 2020.

Sylva said that committee working on the PIB had reached final stage of merging all existing versions of the document from 2009 till date, while taking into consideration concerns and suggestions raised by industry stakeholders during several debates and discussions on the bill.

Speaking during a press briefing on Thursday, in Abuja,  the minister stated that the passage of the bill is expected help create an enabling environment for investors, promote ease of doing business in petroleum value chain and establish appropriate government take in oil and gas sector.

He explained that the PIB would be passed as a single bill which would probably accommodate two regulators, one for Upstream and another for Midstream & Downstream sectors of the petroleum industry.

“Counting on the current harmony between the Executive and Legislative arms of Government, we are optimistic that both the Petroleum Industry Governance, Administration & Host Communities Bill on one hand and Petroleum Industry Fiscal Bill on the other will be passed within the first anniversary of this administration, in fact, we are hoping that it will be passed before May,’’ he said.

“We are not taking it as a Bill in parts but as a bulk bill with special focus on the Midstream and Downstream sectors of the industry which will particularly open enormous opportunities to local investors and consequently create massive job opportunities in the country through major investments that would open up in pipeline engineering design, procurement & construction, terminal operations, pipe mills, fabrication of pressure vessels, storage facilities, and pipe transportation among others.’’

The minister stated that access for oil and gas transportation would be made open and enhanced to full potential as government would come up with more robust fiscal provision, acreage management and drilling-or-drop program to encourage more investors’ interests in the sector.

According to him, “We are not only going to retain investors, multitudes will join the league of high-value operators.’’

Sylva had also said that government had plans to conduct bid rounds for new acreages in petroleum industry and he noted that non-passage of PIB had delayed conduct of rounds which could only hold after the bill had been passed in order to ensure a clearer fiscal environment and also eliminate stagnation in the industry.

He assured that, on state of refineries, the Federal Government was committed to fixing the refineries to function at optimal capacity, thus, further enabling growth of the industry and putting Nigeria back on the road to securing her place, once again, amongst the oil giants of the world.