20yr-old under detention for possessing cocaine in Ondo 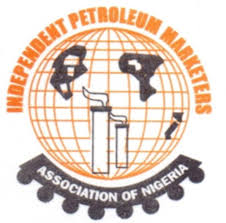 In an effort to stop activities of vandals in the oil-producing communities of Delta State, the Independent Petroleum Marketers Association of Nigeria (IPMAN) of the state yesterday destroyed over 20, 000 litres of petroleum products in Omadinor and Obodo communities, both in Warri South local government areas of the state.

The exercise was carried out by the sector ‘C’ Command of the surveillance and enforcement team of IPMAN, led by its coordinator, Eshanekpe Israel a.k.a Akpodoro in conjunction with men of the Operation Delta Safe (OPDS) drawn from Effurun barrack.

Coordinator of the team, Isreal disclosed to LEADERSHIP through a statement that the hoodlums, who specialised in breaking and scooping Automotive Gas Oil (AGO), also known as diesel from pipelines fled on sighting his team, thereby abandoning their Nissan Pickup Van with registration number: DELTA LEH 708 AA loaded with the product.

He said the tasforce destroyed the products while the impounded vehicle was left in the custody of the Nigerian Army at the barracks, adding that his team vowed to fish out all the criminals vandalising Nigeria’s pipelines.

The team, alongside men of the OPDS also stormed Ubeji and Ifie in Warri South local government area last week and apprehended one Mrs Uju Anthony with stolen AGO in a DAF truck with registration number: PKM 771 XA.

Other products were seized from Anthony and other suspects who are currently in detention.

At sharp corner behind the Warri Refinery and Petrochemical Company (WRPC) at Ekpan, five pumping machines and several drums of diesel, amounting to 10, 000 litres were also seized from the vandals and destroyed.

In another development, the team rammed into vandals at Mackaiva – Ogbe Ijaw in Warri Southwest, even as the suspects fled into the bush, abandoning about 15,000 litres of AGO loaded in drums.