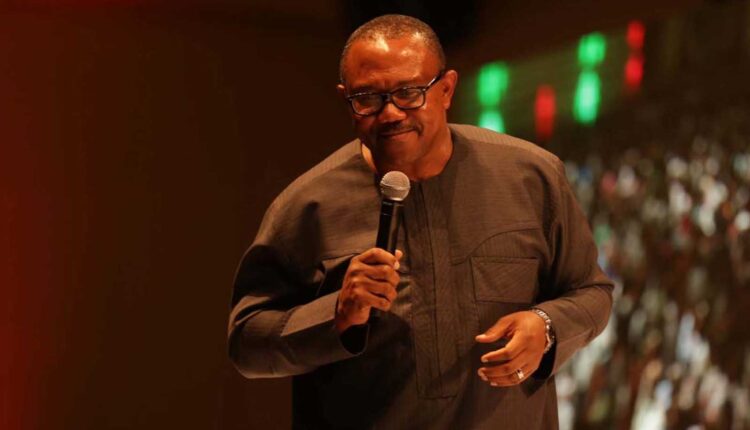 Anambra State former Governor, Peter Obi, has stated that for the country to overcome its rising challenges in areas of insecurity and economy, there was need for restructuring of Nigeria, adding that such was the lasting solution needed fo that through restructuring, Nigeria would

Obi, who was Peoples Democratic Party (PDP) Vice Presidential Candidate during the 2019 general elections, added that restructuring would boost the nation’s economy and end insecurity.

He said with restructuring, governors would look inward to make their states productive, while state, local, and community police would be set up to tackle criminality within their areas.

Obi said this yesterday at the fourth Adada Public Lecture organised by the Association of Nsukka Professors (ANP) at the University of Nigeria, Nsukka (UNN).

According to him, it is unfortunate that some governors believe in going to Abuja monthly to get federal allocation from proceeds of oil, and they have forgotten the price of oil in the international market has depreciated and will continue to depreciate.

“No developed country in the world depends on crude oil but they invest in their children, agriculture and encourage small and medium enterprises by giving out soft loans and other incentives. There is urgent need to restructure the country for the economy to grow to desired level,” said Obi.

According to him, some Nigerians should stop misleading others that restructuring is a deliberate plan to divide the country.

“Rather, it should be seen as a move to build the ailing economy and restore adequate security in the country,” he said.

Obi further said that restructuring would also help to ensure adequate funding of primary and post-primary schools as well as higher institutions.

“We should invest in our children’s education, which is greater than any price of crude oil in the international market. Restructuring the country will bring out the comparative advantage of every state and our natural resources that are lying waste will be fully harnessed to boost state economy,” he said.

“In the 1960s and 1970s, agriculture was the major foreign exchange earner for the country. In the North, we had groundnut pyramid, in the West we had cocoa and the East had palm oil and Nigeria was among the best economies in the world.

“Today, Netherland as a country uses its exports from agricultural products and flowers to get billions of dollars in foreign exchange to sustain its economy,” he said.

Obi thanked ANP for finding him worthy to deliver the lecture with the topic, “Restructuring, Security Challenges and Development”.

He urged professors and lecturers in the country to use their wealth of knowledge to convince Nigerians on the urgent need to restructure the country.

In his remark, the Chairman of the occasion, Chinyeaka Ohaa, described the lecture topic as timely and “could not have come at a better time than now the country is going through serious security challenges.

“The topic of the lecture is not only apt but offers opportunity to speak directly on problems of insecurity, weak economic base, fragile democracy, dependence on oil, corruption, and unemployment, among others.

“I commend ANP for organising this lecture and urge it to explore all areas of life necessary for growth and development of the country,” Ohaa said.

The UNN Vice-Chancellor, Prof. Charles Igwe, thanked the ANP for organising the lecture that would proffer solutions to some national challenges.

“What ANP has done today is laudable because, as professors, the society is looking up to you all to provide ideas that will solve their problems. I commend you all for choosing UNN as venue for the occasion and bringing Nigeria’s finest astute businessman and technocrat in the person of Obi as the guest lecturer,” he said.

Earlier, the President of the association, Prof. Osy Okanya, said that the group provided the platform for intellectual discourse on various contextual issues that challenged society and the economy.

“In consonance with the mandate and strategic focus of ANP, the fourth Adada lecture topic has been carefully chosen and could not have been more apt, given the heightened fragility of the country.

“The lecture today offers a profound opportunity for Nigerians of all hues as it is being delivered by a Nigerian, who has seen Nigeria inside-out and has always provided the best prescriptions on all national issues,” Okanya said.