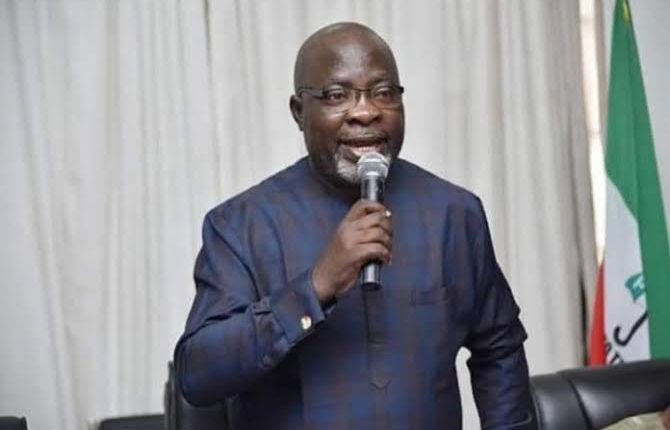 The Peoples Democratic Party (PDP) has called for immediate prosecution of the Secretary to the Government of the Federation (SGF), Boss Mustapha,  and others violators of social distancing directive at the burial of the late Chief of Staff to the President, Abba Kyari.

It explained that the call had become imperative after safety regulations were visibly breached by high ranking presidential officials, who were part of those making and enforcing rules over ordinary Nigerians, and to set the record straight that no citizen is above the law irrespective of positions or political affiliation.

The PDP’s National Publicity Secretary, Kola Ologbondiyan, said the apology from Mustapha was an afterthought which could have been prevented if health safety and social distancing directives as advised by experts were maintained at the burial rites in Gudu Cemetery on Saturday where the remains of Kyari was committed to mother earth.

The main opposition spokesman through a statement released to newsmen on Tuesday, described the social distancing directive violation as a sign of disrespect to the memory of the late Chief of Staff, adding that such action compromised the efforts championed by the deceased to check the spread of the global pestilence in our country.

Ologbondiyan urged the Federal Capital Territory (FCT) authorities to prosecute all presidential officials and other government functionaries who participated in the burial in line with its actions against ordinary Nigerians who had flouted the rules.

“Nigerians had all watched how the FCT prosecuted residents at various mobile courts across the territory. Justice would therefore only be done and of course, seen to have been done, if the FCT toes the same line in this instance.

“Nigeria as a nation is governed by the constitution in which all Nigerians are deemed equal before the law. Our officials must learn to respect rules made and enforced by them, particularly at this trying time,” the statement read.