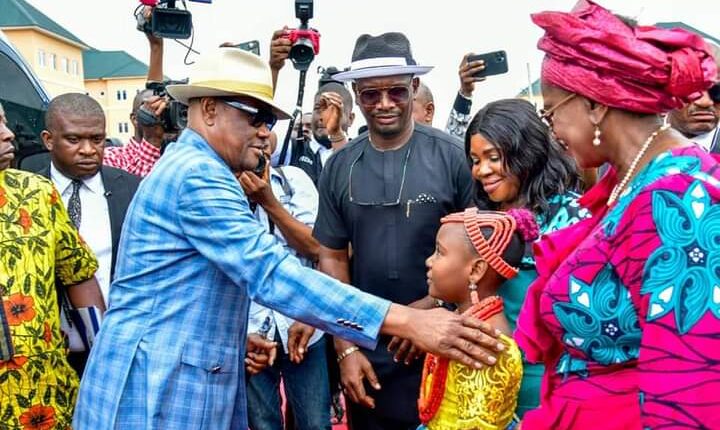 The ongoing face-off in the Peoples Democratic Party (PDP) has taken a new twist after the Rivers State Governor, Nyesom Wike, disclosed that the party leadership betrayed its presidential candidate, Atiku Abubakar, and worked for the All Progressives Congress (APC), Muhammadu Buhari, during the 2019 election,

Wike said that the party’s leadership held different meetings and persuaded many governors to work for the opposition candidate rather than aid Atiku towards unseating Buhari during the poll.

According to him, he refused to accept the offer and rather mobilsed the electorate towards voting for the party’s presidential candidate  and other elective offices during last general election in the state.

He noted that many of the leaders understand that he knew their secrets and that was why they were after him, working daily to ensure that he does not achieve his desired goal through the party.

The governor, who disclosed what transpired during before the poll in 2019 at the commissioning the Etche Campus of Rivers State University, assured his supporters that no one could kill him irrespective of the intimidations and the threats directed at the governor.

“If you are a Rivers man, you don’t need to be intimidated by anybody…We must take our rightful position. So, nobody should be worried. Intimidating me? Some people tell me, ‘Oh, be careful, they will kill you’. Kill who? Who told you, you will not die first?

“Those of you who are panicking, you don’t need to panic. I have God, what are you afraid of? They have chased us, they fought us but today we are standing very strong.

“When they were going to negotiate with Buhari in 2019, they negotiated with Buhari, that’s why Buhari won election. They came to me and I said no negotiation; PDP must win. I said no,” Wike added.

Speaking further, the governor said Rivers state had contributed the most to the successes of the PDP since 1999 but the state had not benefited for her dedication to the party.

“If you want our votes, tell me what do you give to Rivers State? Nothing can be for dash again. Enough is enough of using Rivers State and thinking we are foolish people and we don’t know what to do with our money.

“Enough is enough of using Rivers people and saying oh they will bring the votes and when they bring the votes they will push us away. Tell us what you are going to do for the people of Rivers State. Not (for) me; there is nothing any of them can do for me but I am interested in my state, nobody can buy me.”

Wike, a former Minister of State for Education, said he can’t be enticed with appointments in 2023, insisting that the state must be duly compensated for her contributions to the party.

“I am not going to look for position from anybody. Have I not been a minister before? So, what are you now going to entice me with as a person? Nothing. If you don’t tell me what the state will gain, then forget me.

“No amount of intimidation, no amount of threats. This government fought us but we survive. Most of them who are talking now, if this Federal Government had descended on them, they would have crumbled,” he said.

It would be recalled that the governor had been at loggerheads with PDP national chairman, Iyorchia Ayu, after Atiku trounced the Rivers governor at the party’s primary in May to clinch PDP presidential ticket.