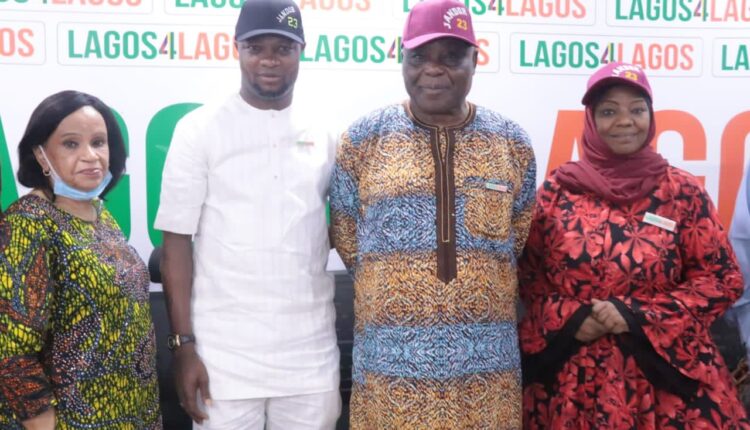 As part of efforts to form a formidable political alliance particularly in Lagos, ahead of 2023 elections, the apex level of People’s Democratic Party (PDP) and aggrieved faction of Lagos State chapter of All Progressives Congress (APC), have begun discussing movements and who takes what if the two parties were able to reach agreements in taking governance from the ruling party.

The two parties, as gathered, were ready to sacrifice whatever would be required of them to have Lagos from the APC and its leadership beginning after the 2023 gubernatorial election and end their dominance of the state since 1999 elections.

Discussion between representatives of both parties was said to have been centred on how everyone would achieve their desired goal, which includes an indigene becoming the next governor and that the PDP takes over the mantle of leadership in the state, Nigeria’s commercial nerve centre.

During the discussion, the PDP delegation was led by a member of the party’s Board of Trustees (BOT) and Chairman of Daar Communications, Raymond Dokpesi while the Lagos APC faction was led by its lead visioner, Dr. Olajide Adediran

As gathered, the inaugural meeting between both parties was held on Monday at the Lagos4Lagos headquarters in Ikeja, and during the meeting, PDP indicated that the discussion with the faction was in continuation of the party’s consultation with critical stakeholders across Nigeria following the success of its recently held national convention.

Speaking during the visit, Dokpesi, who also doubles as the head of Atiku Abubakar campaign organization, acknowledged the years of hard work of Lagos4lagos Movement in Lagos state and that their efforts formed reasons for engaging them.

While arguing that no political party would ignore the traction of Adediran popularly known as Jandor as a brand has garnered over the years, the media guru added that the time has come for the desired change in Lagos state.

In his reaction, Jandor appreciates the delegation for believing in the ‘Can do Ability’ of the movement, assuring them that they understand the vision of PDP and what they aimed to achieve.

Jandor told the delegation that political platform was not the problem of the country, but political class, adding that his group would take a critical look at their invite, inform all Lagos4lagos structures across the 245 wards in the state and revert accordingly.

In a related development, the delegation, has indicated interest to join the Lagos4lagos movement were registered and decorated as members of the movement, as a demonstration of their readiness to join forces with Lagos4lagos.