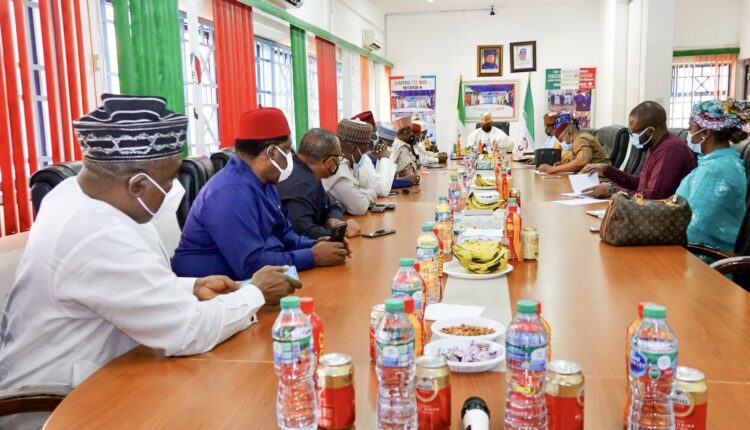 The Peoples Democratic Party (PDP) has dismissed insinuations from some quarters that plans are being concluded by some former governors elected on the platform of the party to dump the PDP for the All Progressives Congress (APC) ahead of the 2023 general elections.

It claimed that contrary to the rumors being peddled around by some disgruntled elements trying to heat the polity and distract Nigerians from the ruling party’s alleged misgovernance, the ex-governors were putting plans together toward helping PDP back to power.

The Chairman, PDP National Reconciliation and Strategy Committee, Bukola Saraki, said that as part of the party’s rebuilding process in preparation for the 2023 general election, the former governors have given their words in working for the party and bringing in more members to boost the party’s chances.

Saraki, who is the immediate past Senate president and also a former governor of Kwara State, disclosed this hours after a meeting of the committee with the former governors on Wednesday in Abuja, adding that machinery is being set in motion to relaunch the party for major offensive during 2023 elections.

According to him, after meeting with former President, Goodluck Jonathan; it was only apt for the committee to interface with the former governors and hear their grievances against the party.

“We have gotten their assurances that they are not going anywhere; instead they are going to bring in more people. Yesterday (Tuesday), we met with our former President. Today (Wednesday), we are consulting with our former governors who are our key stakeholders.

“We had a very useful and productive meeting. They (ex-governors) have all shown their commitment towards the party and their readiness to go and strengthen our party in their states and the national level to ensure that the PDP is well prepared for the 2023 election.

“I want to see them more active because their silence sometimes might be misinterpreted, but they’ve promised me and the committee that they will be more active workers of the party. You will hear more of their voices now that they have spoken up,” he said.