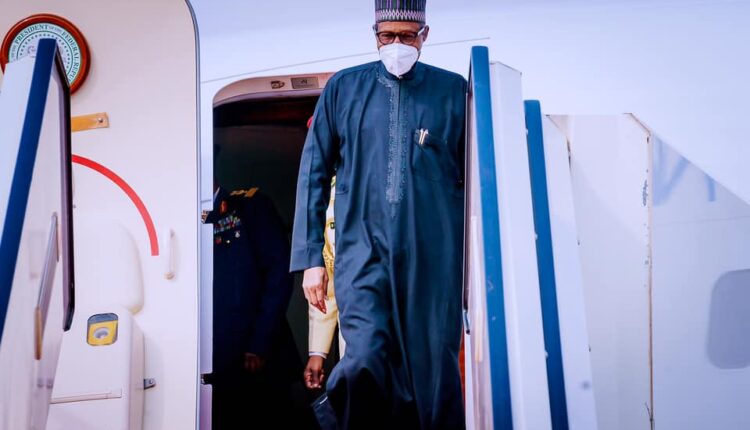 The Peoples Democratic Party (PDP) has asked President Muhammadu Buhari to outline his administration’s achievements in the last six years, saying such was needed in ensuring he was still in control of his government rather than speaking through spokespersons.

Aside from presenting his stewardship, the main opposition party also urged the president to summon the courage and hold sessions with Nigerians via town hall meetings across Nigeria’s six geo-political zones as he did citizens living in France during his recent visit.

PDP National Publicity Secretary, Kola Ologbondiyan, said that it was surprising that the president believed Nigerians in the Diaspora could be swayed by cosmetic claims when they are aware of the contrary’s political, economic, and security realities.

Through a statement on Thursday, Ologbondiyan noted that it was worrying that Buhari also asserted in the Paris meeting that he was committed to free and fair election after allegedly failing to sign the Electoral Act Amendment Bill.

According to him, this is in addition to the fact that most elections under his watch had been marred by outright alteration of results, violence, voters suppression by security operatives as witnessed in the Kogi state governorship election; as well as endorsement of the subversion of electoral mandate to enthrone the candidate of his party as the Imo state governor even when he came fourth in the election.

“Moreover, Mr. President owes the nation more than a passing comment in explaining how his instructions to the military led to the killing and maiming of Nigerians at the polls. Mr. President must be reminded that his administration conducted the worst election in our national history as witnessed in the 2019 elections as well as some of the off-season elections.

“Moreover, our party shudders that Mr. President can assert that he is committed to a multi-party system, in a situation where brazen efforts are being made by his administration to strangulate the main opposition party, with various instruments of suppression including encouraging the EFCC to unconstitutionally harass our party leaders. The PDP was equally jolted by Mr. President’s presentation of the imaginary commitment of his administration towards security, economy, agriculture, and education.

“Sadly, this is even when his administration has taken no decisive steps to vanquish terrorists, bandits, and kidnappers marauding our nation; when the economy is in shambles with no sense of direction by his government; when the education sector is in chaotic state as no meaningful investment has been made in the sector in the last six years and when the nation is faced with food crisis because his administration has failed to end terrorism so that our farmers can return to farmlands for production.

“We urge President Buhari to end his unnecessary showboating and address the situation by ending the corruption in his administration, supporting the amendments to the electoral act and the 1999 Constitution to guarantee credible elections as well as enthroning elements of true federalism to engender state policing, fairness and equity in our country,” the statement said.