Payment for coronavirus test not requisite for evacuation -NIDCOM 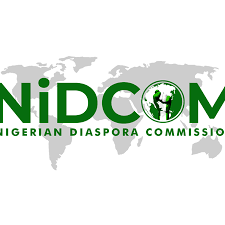 The Nigerians in Diaspora Commission (NIDCOM) has confirmed that its members have not been compelled by the Federal Government to pay for coronavirus tests before they can be evacuated from the countries in which they reside and said that all such reports to the effect are false.

It dispelled reports by some media outlets alleging that the apex government had ordered citizens in the United Kingdom to pay N160,000 for Covid-19 Test as a precondition for evacuation, saying that such were untrue.

Media and Public Relations Head of the commission, Abdur-Rahman Balogun, stated that no conditions for evacuation were given to its UK members different from existing protocols which were being observed by other countries across the world and that no Nigerian had been required to make any such payment prior to being removed from the country.

In a statement released to pressmen on Monday, Balogun explained that in keeping with world best practice, all returning citizens were required to take coronavirus test on arrival within the country, as well as stay in quarantine for a 14-day observation period.

He reiterated that such coronavirus preventive processes were carried out without demands for payment of any sort by the healthcare workers, adding that government had ensured that covid19 tests were carried out free of charge to all persons in the nation.

According to the public relations officer, the Nigeria Centre for Disease Control (NCDC) had implemented processes for evacuation in line with world health standards, and as such no illegal demands for payment were made during course of citizen evacuation into the country.

“It will interest you to note that subjecting a returnee to a Covid-19 test is not limited to UK but to all parts of the world. For instance, out of the 24 Nigerians who recently rerurned from Togo, one of them tested positive and is still in quarantine in Togo. Others on isolation at a Government facility have been tested again, and after their results, if negative, they will be allowed to leave. So, it is totally wrong to assume that Nigerian government has ordered citizens in United kingdom to pay N160,000 for Covid-19 Test as a precondition for evacuation”.

He called on the offending media organization to issue retractions and publish news items which reflected the true reality of evacuation processes for Nigerians in diaspora, and urged newsmen to do due diligence in confirming accuracy of information before going to print.