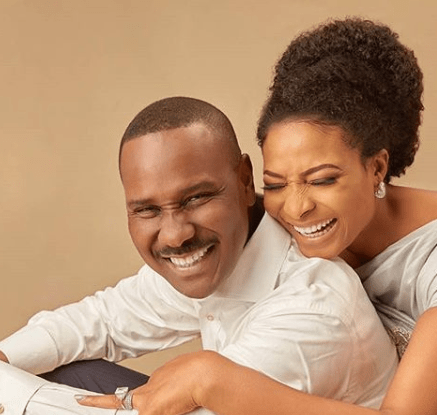 Ibidunni, the wife of popular Lagos Pastor and founder of Trinity House, Ituah Ighodalo, has passed on at age 40.

It was gathered that Ibidunni, a marriage counselor, died on Sunday morning in her room at a yet-to-be-identified hotel in Port Harcourt, Rivers State.

She was the Chief Executive Officer of Elizabeth R Events and founder of the Ibidun Ighodalo Foundation, a Non-Governmental Organisation (NGO) set up basically to support couples having difficulty in bearing children.

As gathered, the death of the pastor’s wife affected the virtual Sunday service which afforded the pastor to minister to hundreds of worshippers.

As gathered, the former beauty queen was said to have died of heart-attack while relaxing in her hotel room in Port Harcourt.

Confirming the development, the family appealed that the public should accord them some privacy and that information on burial arrangement would be announced soon.

In a statement issued on Sunday by the families and signed by brother to Ituah, Asue Ighodalo did not state reasons for the sudden demise of the former beauty queen.

“The Ighodalo and Olaleye Ajayi families are deeply saddened to announce the sudden loss of our beloved wife and daughter Mrs. Ibidunni Ituah-Ighodalo who passed away in the early hours of today.

“As you will understand, this is a difficult time for our families and we will appreciate some privacy during this time. All information on burial proceedings will be provided in due course”.