Just In: Court remands Sowore, four others over unlawful… 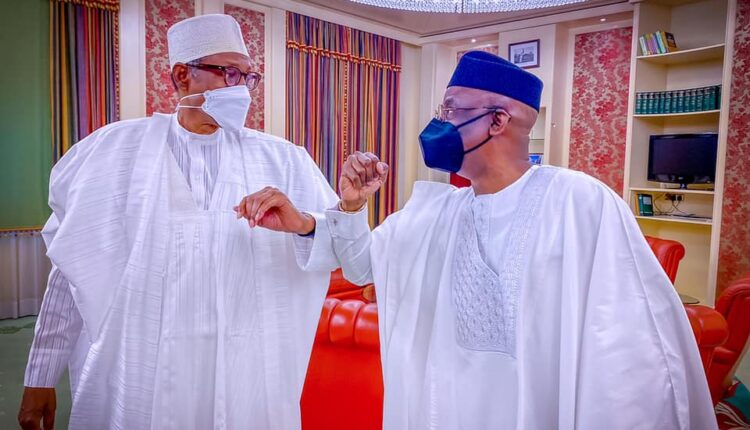 The founder of Citadel Global Community Church (formerly known as Latter Rain Assembly), Pastor Tunde Bakare, has opposed zoning arrangement for President Muhammadu Buhari’s successor, adding that with the country’s current reality, there was need for Nigeria to be led by competent hands rather than ethnic consideration.

He said that it was time Nigeria and Nigerians move away from ethic and religious-based politics and face serious business of developmental politics by prioritising and rewarding competence rather than the parochial approach currently been employed by Nigerians.

Bakare, who was Buhari’s running mate on the platform of Congress for Progressive Change (CPC) in 2011, said that once the next president can deliver good governance, end insecurity, resuscitate the economy and restore lasting peace across the country, it won’t matter where Buhari’s successor come from.

Speaking with State House Correspondents after meeting with the president in his office on Friday, the cleric advised Nigerians to look out for the best leadership qualities in candidates before electing the next Nigerian president, adding that it was important for the best hands to take mantle of leadership in every positions.

According to him, I had said it on October 3. It’s our immaturity, politically and otherwise, that makes us say power must either be in the North or be in the South, instead of looking for the best, the fittest, the most competent, and people of character, who love this nation

“Listen to me, if where the president comes from will make the place he has come from to be better, the northern part of Nigeria should be the richest and should be the most progressive and the most developed because out of 61 years, the north has produced either the president or heads of state for 40 to 41 years, and yet see the retrogression in the North.

“If it’s from the South, why should a person like President Obasanjo freeze and seize the account of Lagos State in his own tenure? If it’s from South-South or South-East why couldn’t President Jonathan use all his powers to develop South-South/South-East?

“If there are agreements between politicians among themselves on rotation, a bargain is a bargain. That’s between them. But as far as this country is concerned, what we need at this stage is a man who can drive us to the Eldorado.”

Reacting to the newly approved electronic transmission of election results, he said, “perhaps one of the best things the present National Assembly has done, especially the Senate. Because with that, Nigerians can vote and then results can be transmitted so easily. Not only that, part of the State of the Nation address that I did on October 10, I emphasised how Nigeria’s youth, especially undergraduates, are disenfranchised in our country.

“22.3 million students are registered, but during election, campuses are shut, they will not be able to return there to vote, therefore disenfranchised. If we can also be able to vote electronically, that will be wonderful. It will deepen and enhance our democracy.

“Not only that, the Diaspora sends above $25 billion to Nigeria. Nigeria in Diaspora should also be able to vote as they do in every other country in the world. The more the merrier. Yes, democracy is a game of numbers, but our people should have the final say, so the office of the citizen must be as important, if not more than the office of the governor or the president because they are the people who put them in power. Sovereignty still lies in the hands of the people of Nigeria.”