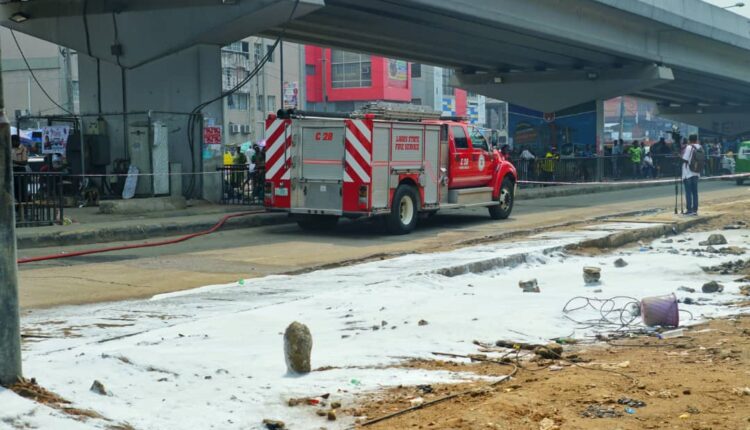 There was confusion around Ikeja area of Lagos State after a gas pipeline in the area leaked leaving residents and passerby restless with many scampering to safety for fear of being caught in possible explosion.

As gathered, areas affected include Computer Village, Ikeja Underbridge end of Awolowo Way, Oba Akran axis, Anifowose Street, and Medical Road, and that residents, business owners and those in the axis for business transactions were griped in fear after the development.

It was learnt that people in the axis have been avoiding the affected areas for fear of explosion and several broadcast messages have been shared on social media platform, particularly WhatsApp among residents, warning of possible danger in Ikeja, the state’s capital.

Through a safety advisory contained in a statement on Wednesday and signed by the agency’s spokesperson for (South West), Ibrahim Farinloye, asked residents, shop owners to avoid open fire in the area and also take safety precautions to prevent any form of disaster.