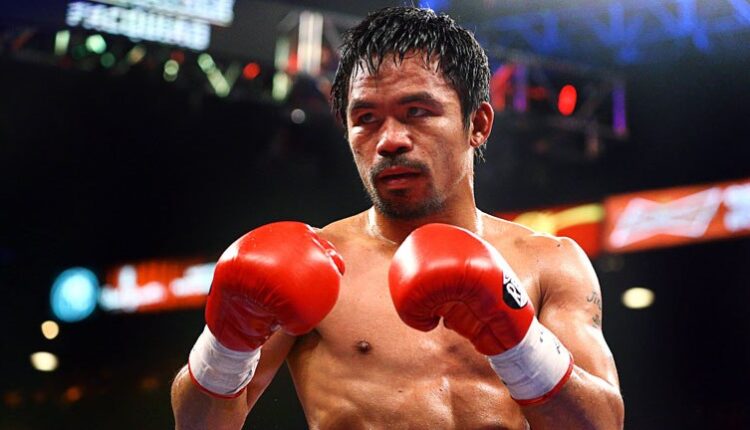 Boxing legend, Manny Pacquiao, has emerged as head of the ruling political party in the Philippine, a development political analysts claim was to further bolstered his 2022 presidential ambition.

His emergency was coming more than one year before the country’s next presidential elections in 2022, an exercise which he was likely to be a leading contender.

The Executive Director of the PDP-Laban party, Ron Munsayac, who confirmed his emergence, said that Pacquiao, who is a senator in the Philippines, was sworn in as the national president of the political party of President Rodrigo Duterte on Wednesday night,

Briefing newsmen on Thursday, Munsayac said contrary to insinuations from some political opponents, Pacquiao’s emergence was to strengthened the party and reconcile aggrieved members.

When asked if the takeover was a prelude to Pacquiao’s presidential run, Munsayac said, “It’s still too early to talk about the presidential elections.

“What we can expect is more activities and avenues to help our countrymen in the grass-roots levels. Senator Pacquiao will bring not only more energy to the party in the sense of expanding its membership,’’ he said.

Pacquiao’s term as a senator is due to end in 2022 when the Philippines are scheduled to elect a new president, vice president and other officials. He is eligible to run for another term in the Senate, or for another position.

After he was sworn in, Pacquiao promised to be beholden only to the Filipino people.

“We are here to fight for the poor, the jobless, the homeless, the voiceless, and the hopeless. This is what the PDP-Laban under Manny Pacquiao will stand for,’’ he added.

Pacquiao, a world champion in eight different weight classes, has been named as a possible candidate for the presidency in 2022, but he has so far not discussed his future political plans.