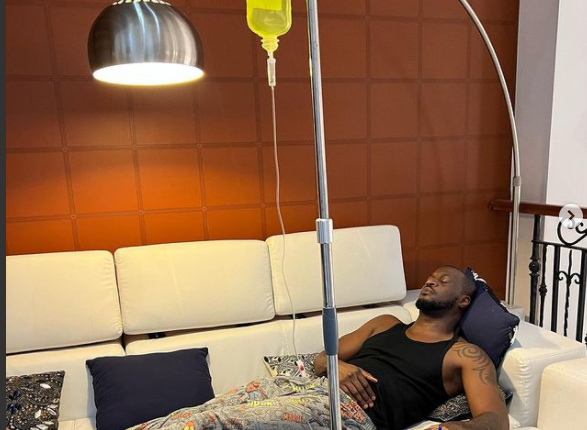 The Music duo of Peter and Paul Okoye popularly called P-square has postponed their comeback show scheduled for the weekend, December 18th, after Peter popularly called Mr. P fell sick and has been hospitalised

Following the development, the group has decided to move the show expected to attract a large crowd to Christmas Day when Mr. P was believed should have regained his strength and performed to the satisfaction of their fans.

The ill-health, according to the statement released by the group on Tuesday, was due to intense rehearsals they have been undergoing to ensure the show becomes the best globally.

Through the statement released on his official social media handle, the singer stated that he had been passing through pain and general body weakness.

While sharing a picture of himself on medication, the artiste wrote: “It’s been a challenging couple of days trying to power through immense pain, fever, and general body weakness.

“We were very excited about giving you an amazing show on the 18th. Unfortunately, my body has taken quite a beating with several intense rehearsals back to back and studio that it just couldn’t take it anymore and I have had to give in to doctor’s orders to get some rest and build back my strength to get to optimum health.

According to him, the first thing I did was take a COVID-19 test and thankfully my tests came out negative for COVID.

After appreciating his brother and members of his family for their support, he continued, “I’d like to thank my brother @iamkingrudy, my family, and team for holding it down while I get through this.

“The good news is, we will make it up to you and give you a truly amazing show on Christmas Day -Saturday, December 25th!

“If you’re a ticket holder, the wonderful team @livespotx will send you an email with updates and options.

“The show will go on and we can’t wait to see you there. Look out for electrifying performances from P-Square, some of your faves, and more.”

Following P-Square’s reunion, the duo had planned to headline the Livespot show to celebrate their comeback.