Seven children die, others injure during explosion in… 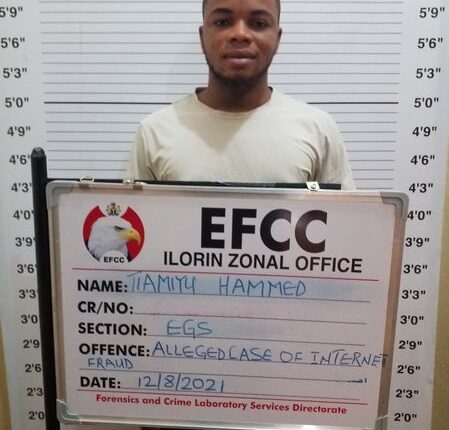 The suspects were said to have been arraigned by EFCC before Justice Adenike Akinpelu of the Kwara State High Court sitting in Ilorin, Kwara’s capital on separate one and two-count charges, respectively.

As disclosed on the social media handle of the anti-graft agency, Yesterday, Tiamiyu, who claimed to be from Ogbomosho South-East Local Government of Oyo State, was said to have allegedly disguised as one Sarah Ben, a white female of Colorado, United States, to swindle one Todd Byers of $600 vide gift cards.

On the other hand, Kamarudeen was said to have been accused by the EFCC in one of the counts of having under his control a sum of N679,450.00 which he had unlawfully obtained and paid into his account by one of the new generation banks which was not disclosed. 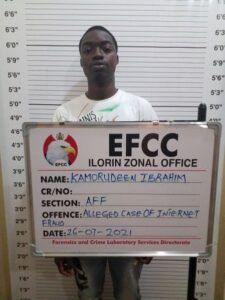