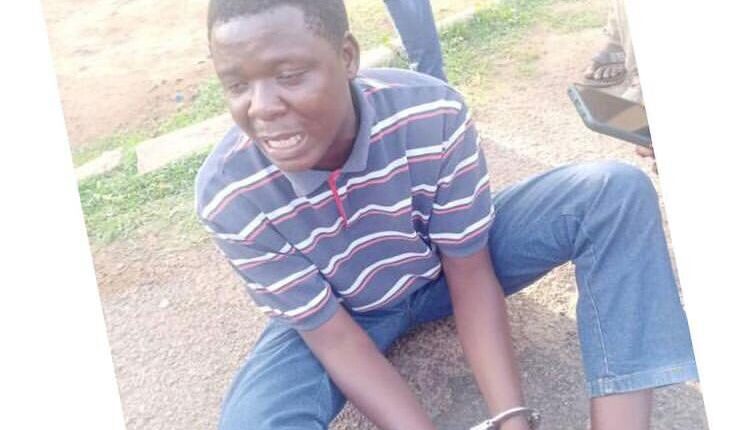 Oyo State Police Command has arrested a 30-year-old primary school teacher, identified as Ebenezer Olawuyi, for allegedly having undue carnal knowledge with  a 12-year-old pupil of a school (withheld) in the state.

As stated, the suspect, who was arrested by the law enforcement agency on April 22, 2021, was said to have repeatedly had sex with male pupils after telling them that having sex with them was beneficial.

Confirming the incident, the Command Police Public Relations Officer, Adewale Osifeso, said investigation revealed that the 30-year-old male teacher has had sex with two male students before he was arrested by the command officers. He revealed that the victims range between 12 and 13 years of age.

In a statement made available to newsmen on Friday, Osifeso said that the suspect, while giving the reason for committing such an act, claimed that he was not in his right frame of mind, saying that one of the factors that lured him into the act was watching pornographic films.

The spokesman added that the suspects further confessed to have lured the pupils to his house to mark examination scripts for him and sodomized them, disclosed he didn’t know what led him to sleep with small boys instead of women.

“I am doomed. I just slept with two boys. I had girlfriends while in school. I am not married yet. Both of the boys were my pupils. I invited the first one to help me mark my scripts at home with the consent of his parents while I slept with the second one in the classroom before school hours,” he said.

When asked how he convinced them not to tell their parents, Olawuyi said; “I told them that I want to have s*x with them and they didn’t argue. Both of them are between the ages of 11 and 14. I told them not to tell their parents because it has health benefits for them. I think it is the devil. I don’t know what led me to this. I just lost my dad last week. I want the government to help me out of this.”

The police said Olawuyi would be charged to court immediately investigation was completed.