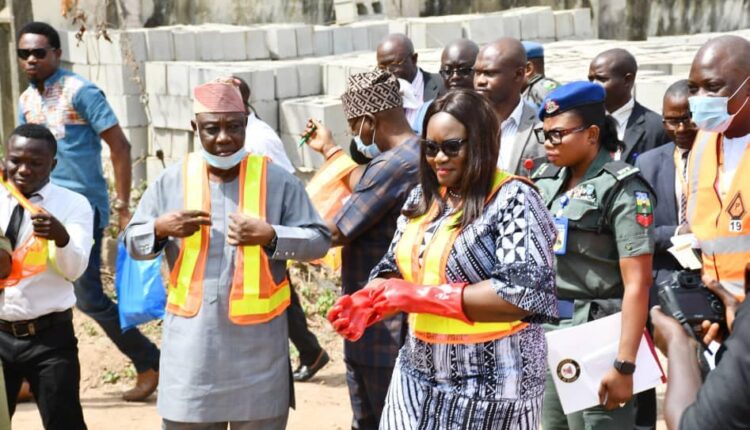 The Oyo State Governor, Seyi Makinde, has disclosed that his administration would be targeting increased Internally Generated Revenue through land use and other statutory charges which would aid more infrastructural projects across the state.

To achieve this, he said, the government would be embarking on several housing projects as part of measures to reduce housing defict across the state with low and high cost estate suitable for all citizens.

Makinde noted that part of the move to reverse the housing deficit was the proposed N1.5 Billion Bodija Premium Estate, which, he claimed had been carefully planned to catered for needs of residents in the state.

Speaking on Wednesday during foundation laying ceremony of the estate at Bodija Estate, Ibadan, the governor maintained that the state was ready to partner genuine investors to reduce the housing deficit.

According to him, one of the benefits of the project is that there will be an upsurge in the internally generated revenue of the state on land premium through statutory charges and improved taxes.

Represented by the Secretary to the State Government, Olubamiwo Adeosun, Makinde explained that the project was situated on premium land spanning 12,209.45 square metres.

“This is yet again, one of the clear evidences of a transparent political will backed by this administration to encourage and attract investments into Oyo State. This investment is valued at N1.5 Billion.”

“We will continue to ensure that our processes are transparent and fast in a bid to make Oyo State the preferred investment destination in Nigeria,” the governor added.

He said the project will be completed within 18 to 24 months, noting that indigenous artisans and building materials suppliers within the state would be engaged by the company.