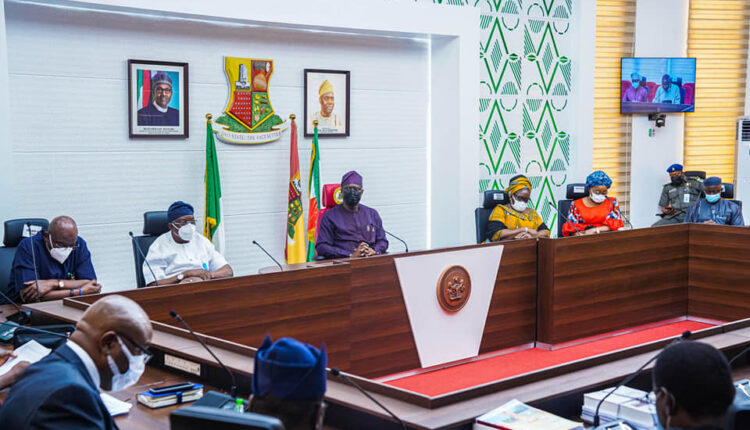 The Oyo State Governor, Seyi Makinde, has disclosed that plans had been concluded by his administration to begin the transformation process of Ladoke Akintola University of Technology (LAUTECH), Ogbomoso, from technology-focused to conventional university.

Aside from the transformational process, the governor hinted that his government would equally move the College of Agriculture and Natural Sciences of the institution to Iseyin, adding that the Iseyin campus would be commissioned and open for usage this year.

Makinde said that the need to ensure that the varsity was strengthened and enabled to handle other courses outside the technology bracket necessitated the transformation and reforms being embarked upon by his administration.

Speaking on Thursday while receiving a report of the Oyo State negotiating committee on the institution at the Executive Chamber of the Governor’s Office, Secretariat, Agodi, Ibadan, hinted that the college being moved to Iseyin was in fulfilment of his electioneering promise of siting a higher institution of learning in the historical city.

Furthermore, the governor restated that parting ways with Osun State on LAUTECH were not borne out of animosity but out of a desire to see LAUTECH realize its vision of being a world-class university.

According to him, even when we were on the campaign trail, we had always known that there were no two ways around resolving the incessant strike actions and other issues related to LAUTECH ownership. We had several engagements with stakeholders.

“We were not insisting on parting ways because we do not love our brothers and sisters from Osun State. As I have said on several occasions, this severance of relationship is not going to negatively impact the students and staff from Osun State but it had to be done for the sake of easier administration and to move LAUTECH, as an institution, towards our goal of a world-class university.

“In fairness to all, this was the only solution. So, let me, once again, use this opportunity to thank my brother, the Executive Governor of Osun State, His Excellency, Governor Gboyega Oyetola, for putting aside all differences, especially partisan politics all through these negotiations. We appreciate his applying wisdom in taking his time for what is best for the staff and students of LAUTECH,” he added.

Makinde equally commended the National University Commission’s versatility during the negotiations, stating that having signed the LAUTECH, Ogbomoso Bill 2020 into law, the state would apply to the NUC to convert LAUTECH from a university of technology to a conventional university so that other causes could be taught.

He assured the negotiation Committee on LAUTECH that the state would thoroughly explore the recommendations of the committee, saying: “I want to commend the versatility of the NUC on the negotiations. I am pleased to say that I have signed the LAUTECH, Ogbomoso Bill 2020 into law.

“So, it is now time to move forward with our plans. We will apply to the NUC to convert from a University of Technology to a conventional university so that a course such as law can be taught at the institution.

“A lot has gone into the report and we want to give you the assurance that, even though the assignment is finished, we will continue to call on you either individually or collectively to keep on advising us on the path forward for LAUTECH.”

Earlier, the chairman of the Committee, Prof. Ayodeji Omole, appreciated the governor for the privilege accorded the committee to serve the state, stating that “LAUTECH is now fully owned by the people of Oyo State of Nigeria.”

Omole said: “The state civil service can boast of top-notch professionals, who are competent in their various fields. In an attempt to cut costs in the process of negotiation, the exorbitant bill that was presented for the consultant on the evaluation of the university from 2010 to 2020 was turned down. Rather, each state composed a team of professionals from the civil service to form a Technical Committee and Valuation of Assets.

“I want to say the negotiation was conducted without losing focus and candor. Let me put it on record that the two co-opted members of our committee were of immense benefit to our team. Their experiences in administration and conflict management became timely when the negotiation almost broke down in the face of obvious disagreement, uncomfortable realities, and unrealistic expectations.

“The Oyo State’s team was simply fantastic and terrific. To the glory of God and to the joy of the people of this state, with your confidence and support for the committee, coupled with your exemplary and nothing-is-impossible approach to leadership, the committees thrived resolutely, confidently, and successfully to achieve this mandate.”