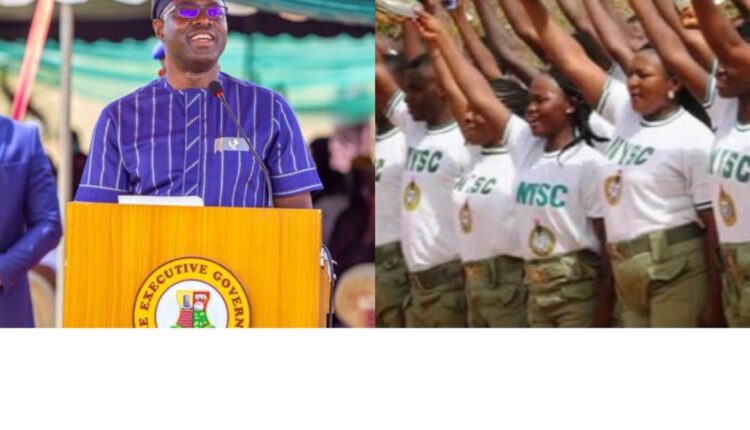 The Oyo State Governor, Seyi Makinde has announced that the monthly allowance of corps members serving in the state be increased from N5000 to N15000.

The Governor, who increased the state’s corp members allowance by N1000, made this announcement at the NYSC camp in Iseyin on Thursday, shortly after commissioning the Moniya-Ijaye-Iseyin road.

The Guild reported that there was wide jubilation by corps members at the camp following the announcement.

Makinde, while speaking earlier at the official commissioning ceremony held at the Akinyele Local Government Secretariat, Moniya, Ibadan, maintained that the Moniya-Ijaiye-Iseyin road would enhance the socio-economic development of the state and play a major role in engineering a modern Oyo State.

He added that the project aligns with his administration’s focus to lift the people of the state from poverty to prosperity, noting that the government has, in the last two years, embarked on reducing the infrastructure deficit in the state and building infrastructure that targets the economy.

A statement by the Chief Press Secretary to the governor, Mr. Taiwo Adisa, indicated that the road was revoked and re-awarded by the Makinde government on November 5, 2019, after the contractor engaged by the previous government demonstrated lack of capacity.

It added that the fact that the road was completed in 18 months despite the challenges of COVID-19 pandemic and economic recession, which affected activities around the world, showed the administration’s commitment to keeping its promises.