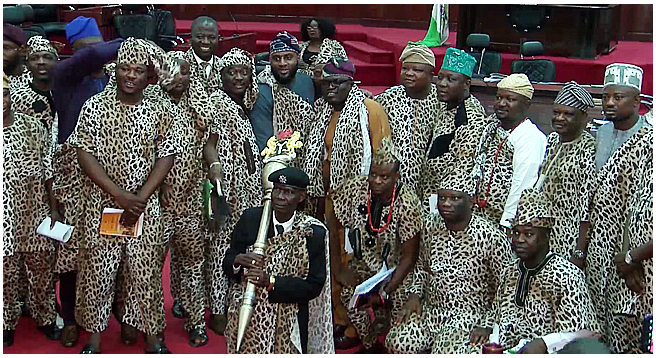 In a bid to boost security in Oyo, the State House of Assembly has passed the bill establishing the state security network agency, code-named, Operation Amotekun, into law.

The Bill was passed on Tuesday, after a presentation of the report of House Committee on Security and Special Duties at the plenary.

Dramatically clad in attires resembling leopard skin, the House deliberated and was unanimous in its decision to pass the bill which would create a security network to collaborate and assist the police and other security agencies to maintain law and order.

After deliberations at the House, the speaker, Adebo Ogundoyin, said he was optimistic that the new bill would help stem the tide of banditry, kidnapping, armed robbery and other criminal acts to pave way for a prosperous state, and by extension, the entire southwest region.