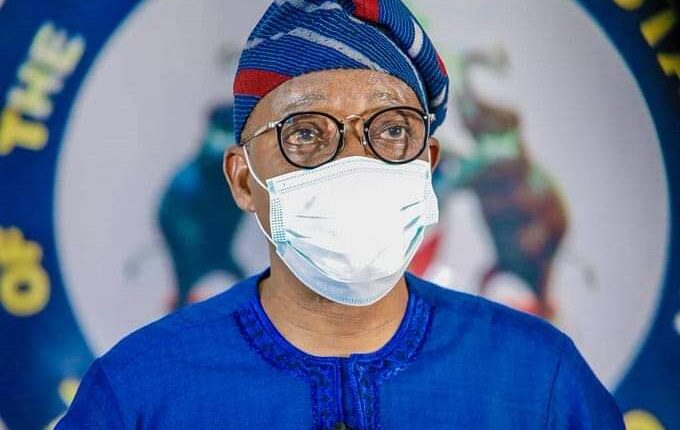 Osun State Governor, Gboyega Oyetola, has reiterated his administration’s commitment toward indigenes and other Osun residents’ welfare, saying more resources would be committed to selflessly serving the people.

He added that his administration has also resolved to continue to work tirelessly towards the progress of the state and the wellbeing of the people, especially the less privileged.

Oyetola noted that more policies that would prioritise needs of the people and put them first in all decision-making during his tenure.

While congratulating Christians in the state, across the country, and in the Diaspora on the commemoration of the death and resurrection of Jesus Christ, Oyetola urged the people to emulate His virtues of love, sacrifice, perseverance, and humility.

Oyetola in a message released by his spokesman, Ismail Omipidan, on Friday in Osogbo, described Easter as a special season that marks the salvation of mankind through the suffering of Jesus Christ and His crucifixion to redeem humanity.

The Governor, who urged Christian faithful in the state to continue to live in harmony with believers of other faiths, said that good neighborliness was among the several lessons Christ taught and exemplified.

While wishing the people of Osun and Nigerians a happy Easter celebration, Oyetola charged residents and especially Christians to use the opportunity of the season to engage in more prayers and also in acts of love, especially by reaching out to the less privileged.

Oyetola, therefore, charged citizens and residents on the need to abide by all Covid-19 safety protocols and guidelines to prevent the spread of the second wave of the virus during the Easter celebration.

He also encouraged them to register and present themselves for vaccination, noting that it is safe.

He said “I congratulate our Christian brothers and sisters in the State of Osun, across the country and in the Diaspora, on the commemoration of the death and resurrection of Jesus Christ.

“As a people, this season offers us the opportunity to reflect on the sacrificial death of Jesus Christ on the cross and his resurrection, and to put into practice the lessons of love, sacrifice, perseverance and humility, which He taught and exemplified.

“We must continue to stand together in peace and unity as one people irrespective of religion or social differences. Let us seize the occasion to be our brother’s keeper by reaching out to the less privileged amongst us.

“As a government, we won’t relent on our oars towards the progress of the State and the wellbeing of our people, especially the less privileged. To further demonstrate that we understand and feel the plight of our people, yesterday, I flagged off the Osun Food Support Scheme, which is part of our response to mitigating the debilitating impact of the COVID-19 pandemic on our vulnerable citizens.

“Under this Scheme, which will run till the end of our administration, beginning from this month, we will reach out to 30,000 poor and vulnerable citizens, including widows, youths, the aged, and people living with disabilities in different parts of the State on a monthly basis.

“This Support Scheme has been carefully calibrated in line with our Government’s policy of promoting Small and medium scale enterprises to boost the local economy. To this end, all food items to be distributed will be sourced locally to further encourage our local farmers and businesses”, Oyetola said.

One passenger dies, two injure during multiple accidents in Lagos